Almost 80% of former Freedom Travel Group members and Freedom Personal Travel Advisors are understood to have joined other consortia or homeworking groups.

The group, which comprised 155 agencies and 140 Personal Travel Advisors (PTAs) operating independently of parent Thomas Cook, went into liquidation as a result of its failure – leaving members with no access to client bookings.

The majority have joined either Midcounties Co-operative Travel or Vertical Travel Group.

Midcounties has taken on more than 100 new consortium members and homeworkers from Freedom.

Vertical has recruited 79 Freedom homeworkers across its Your Holiday Booking and Holiday Elite businesses.

Vertical implemented a fast-track service to get Freedom PTAs up and running within two days of joining and customers rebooked through its systems. Sales manager Suzanne Brunt said: “After probably one of the worst weeks in travel, the satisfaction we have had to get people trading again and up and running within two days is beyond imaginable. I am extremely proud of the support we have that has helped people through this difficult situation. We have waived all charges and set-up fees and have a process to help the Freedom PTAs financially.”

Hays Travel has recruited five former Freedom agents to its Hays Travel Independence Group (IG)consortium and 15 homeworkers. Many more are in negotiations.

Protected Trust Services has recruited five Freedom homeworkers, having worked around the clock to get them up and running within 48 hours. It is speaking to “many more”.

Barrhead Travel’s Brilliant Travel division has recruited five Freedom travel agents to work as part of its managed service travel partners division, including Home or Away Holiday Shop in Easington, Tyne and Wear, and was working through more applications this week.

Nearly 20 former Freedom Personal Travel Advisors have been recruited by homeworking company The Holiday Village. The Travel Village Group managing director Phil Nuttall, whose wife Paula runs The Holiday Village, said: “We want to protect as many bookings as we possibly can so they can earn a living.”

Travel Counsellors and Advantage Travel Partnerships have both taken on one Freedom member each.

Hays was appointed to fulfil bookings made by Freedom members, excluding homeworkers, under the consortium’s Atol – and pledged to pay commission on such bookings to those who join Hays IG.

Commission on rebookings not fulfilled by Hays can be paid to ex-Freedom members via their new consortia, at the supplier’s discretion.

Freedom Travel Group consortium members and homeworkers were given access to their Tarsc booking systems on Tuesday. Vertical Systems, which owns and runs Tarsc, said it was given authorisation to allow view-only access after “lengthy discussions” with liquidators KPMG. 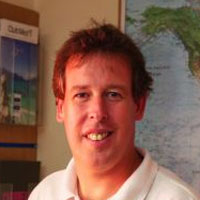 The agency used to be an Advantage member under former owner Tony Sheldon, but when Pollard took over 12 years ago he joined Freedom.

Pollard said: “We were always uneasy when Thomas Cook got involved but we thought, ‘if it ain’t broke don’t fix it’. We were always told Freedom was profitable and run as a different entity. It was only on the Friday before last that we found out that if Cook were to go, we would go.”

Pollard said he printed out as many bookings as he could the day before Cook went under.

“Advantage put the new Abta [membership] through in 24 hours and they are coming to give computer training too, which is great.

“We’re talking to the operators to switch our bookings back to Advantage. Some are easy and some are turning them into direct bookings, which means we won’t make commission.”

Agent Diary: ‘Let’s give suppliers a break, they don’t make the rules’

Barrhead Travel to have ‘wellness champion’ in each branch