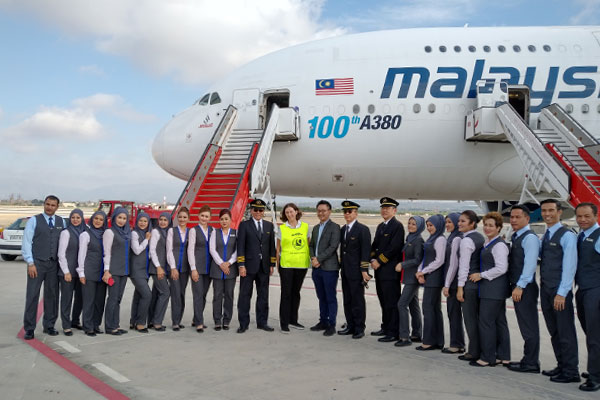 The head of the Civil Aviation Authority (CAA), Dame Deirdre Hutton, hailed the repatriation of Thomas Cook customers as “a success”.

The CAA organised the repatriation of 150,000 Thomas Cook passengers in the fortnight since the company went into liquidation in the early hours of September 23, using 150 leased aircraft and crew. The final flight lands at Manchester airport from Orlando today with the last 392 passengers on board.

Hutton told Travel Weekly: “For me, this was the nightmare scenario. It is quite a success story. This operation was fraught with complexity.”

The cost of the repatriation will be largely borne by the Air Travel Trust (ATT) fund which underpins the Atol financial protection scheme for UK consumers, which the CAA oversees.

The fund will pay for the 60% of Thomas Cook customers overseas who had booked Atol-protected package holidays. The UK government will pick up the cost of the remaining 40% who had non-protected, seat-only bookings on Thomas Cook Airlines.

Hutton estimates the total cost of the repatriation at £100 million – “although I hope it will come in at less”. The cost of refunds is put at £420 million.

She noted: “The cost to the government is not all that much.”

Asked why the Department for Transport had decided the CAA should repatriate non-Atol protected customers alongside those with Atol bookings, she said: “How could we distinguish between those with Atol protection and those not at all these small airports around the world?”

Hutton added: “I came from a financial regulator background [and] it’s a matter of considerable pride to me that the fund is now in such good shape.

“When I started [at the CAA] 10 years ago the fund was over £50 million in the red. I’m rather proud that we are back to a healthy position.”

Hutton was deputy chair of the UK’s Financial Services Authority until December 2007. The deficit in the fund when she joined the CAA followed the collapse of XL Leisure Group in 2008.

She confirmed there is about £200 million in the trust, backed by a £400 million insurance policy which pays out on a failure costing more than £150 million, and an additional revolving credit facility of £75 million which can be extended.

Hutton insisted there was nothing untoward in the fact that the ATT annual report and accounts had not been published this summer as usual.

She explained the uncertainty over Thomas Cook’s future “made it difficult to write the report with any surety” and it was therefore held back.

The report and accounts should be made available soon.

Her comments came as Trailfinders boss Mike Gooley called for travel firms to be forced to “ringfence” money owed to airlines, hotels and other companies.

He criticised the Atol scheme as “misguided since its inception” and told CAA chief executive Richard Moriarty in a letter: “The pipeline funds generated by innocent travellers are not in any way ringfenced.

More: The Interview: Trailfinders chairman is on a mission to put trust(s) at the heart of holidaymakers’ financial protection

“All other similar transactions in society are rigidly controlled and regulated while travel has always been allowed to misappropriate these future funds and use them to meet general and current running costs.

“Embezzlement is not too harsh a description of this common practice which without regulation fuels both the frequency and extent of the misery caused by undercapitalised operators when their business plan fails.”

He told the Mail on Sunday: “The CAA is surely now obliged to implement the silver bullet urgently.”

The CAA ended the repatriation, codenamed Operation Matterhorn, on Sunday.

This was winding down towards the end of last week as there were a diminishing number of Thomas Cook customers to be brought home. Only those who departed on 14-day holidays or longer immediately before the company’s collapse remained away.

Customers who are away for longer will return on scheduled flights and be refunded by the CAA.

Those with forward bookings should be able to claim refunds online from today (Monday). Repayments could take up to 60 days.

Hutton said the refund site “is taking a bit longer to build because of the volume and complexity [and] the dispersed nature of the Thomas Cook databases”.

She said: “On top of the scale [of the collapse], the liquidation did not help.”

Hutton praised the CAA staff who have worked round the clock to deal with the Thomas Cook failure. She said: “They have been working 12-hour shifts away from their families and not staying in nice hotels.”

She added: “Atol is a fantastic scheme. It works very well and is remarkably cheap. Look what you get for £2.50.”

The scheme is funded by the £2.50 Atol Protection Contribution (APC) added to the price of Atol-protected holidays.

The online refund claims form for customers is available on the CAA’s dedicated Thomas Cook website.

This will be used to refund more than 360,000 bookings for Thomas Cook Atol protected holidays, covering trips that would have been taken by 800,000 people.

Atol protected customers who were abroad can also claim for the cost of replacing the Atol protected parts of their trip, or out of pocket expenses as a result of delayed flights.

More than 24,000 direct debit repayments are already in process, with all automatic direct debit refunds on track to be returned to customers from  October 14, according to the CAA.