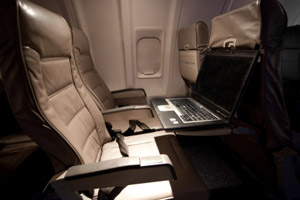 November’s planned rise in APD will be the “death knell” of premium economy, the new head of the British Air Transport Association has predicted.

Simon Buck, BATA chief executive, was speaking to the Financial Times as Thomson Airways managing director Chris Browne repeated that the airline was considering scrapping plans for premium economy in its new Boeing Dreamliner aircraft, as reported by Travel Weekly in July.

Buck said: “We’re going to see the death knell for premium economy and that would be a real degradation in the level of service for people who can’t afford to pay £30,000 to go into business class, but who want to pay a modest supplement for premium economy.

“Are we really going to go back to the time when the only people who could afford to have lots of room on an aircraft were the very wealthy?”

The planned APD rise prompted the latest protest from Abta at the weekend when it used the Notting Hill Carnival to raise the profile of the issue.

Due to new geographical banding, the Caribbean will be severely hit by the tax, being placed in the same bracket as places as far afield as Hawaii.

Abta and the aviation industry are keen to make APD a mailbox political issue with the electorate lobbying MPs against a tax they see as potentially damaging to the travel industry, destinations and the UK economy.