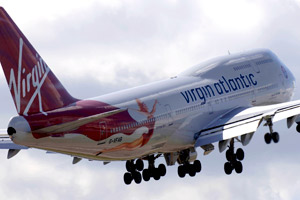 Virgin Atlantic pilots have withdrawn the threat of strike action as a dispute over days off was resolved.

British Airline Pilots Association general secretary Jim McAuslan said: “Both sides have conducted talks that were frank, to the point and creative.

“Whilst the issue has created much debate, we are now happy with both the agreement and the ground that has been laid for our future relationship with the company.

“Pilots will have the minimum 120 rostered days off a year – the equivalent of an office worker’s weekends and bank holidays – which was in our original agreement but we will not be seeking compensation.

“This was never a matter of money; it was always one of lifestyle.”

A spokeswoman for the airline said: “Balpa is clear that Virgin Atlantic has the practices in place to ensure that all of our pilots are scheduled at least 120 days off per annum.

“During the course of these discussions both parties have also identified some opportunities to modernise the relationship between Virgin Atlantic and Balpa in the future and we are looking forward to working on this together.

“We are very pleased to have rapidly resolved this situation without impact on our pilots, customers or operation.”