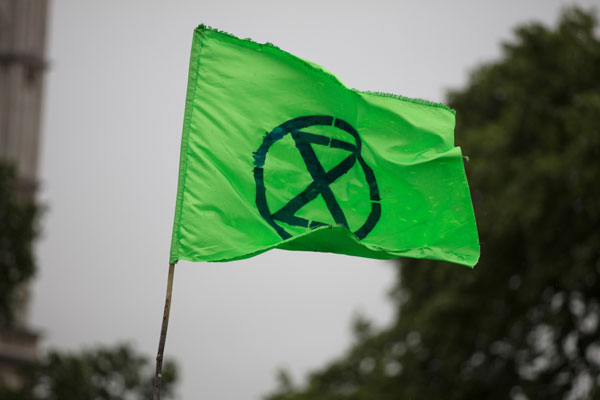 The message from climate protest group Extinction Rebellion “has got through” to aviation industry leaders, according to Dale Keller, chief executive of the Board of Airline Representatives (BAR) UK.

“The message from Extinction Rebellion has got through to the industry.”

Iata chief economist Brian Pearce agreed, telling the conference: “Climate is now a material issue for airline investors. It comes up in meetings with airline managements.

“It is top of the agenda for mainstream investors. We are getting pressure from all quarters.”

However, Keller added: “The public is confused about what people can do to reduce their carbon footprint and what flying contributes to that.

“Global aviation’s carbon emissions are less than 3% and you might say aviation is a high-value use of carbon because it is harder to decarbonise.”

Simon McNamara, Iata UK and Ireland area manager, argued: “The industry has done a tremendous amount to improve efficiency. What it has not done is explain that adequately to the general public.”

He insisted: “We’re not shirking our environmental responsibility.”

But asked whether taxation on flying should be increased, McNamara said: “Taxation does nothing for the environment.

“It doesn’t introduce more efficient aircraft or improve air traffic management. It does nothing to bring down carbon emissions.”

However, Department for Transport aviation director Dan Micklethwaite told the conference: “If you travel further you do get taxed more [in air passenger duty].

“We need to bring emissions down. Aviation contributes 2.6% of global carbon emission now but by 2050 it will be the lion’s share, so we have to bring it down.”

Pearce insisted: “We should be able to decouple flying from its climate impact.

“[But] it’s important to make sure governments and public are aware of what the industry is doing because we could see people reducing their number of trips.

“If we are not successful in showing how the industry is dealing with the problem, it could be a problem.”

He added: “We see the industry making progress on sustainable fuels. The challenge now is to commercialise them. Government support will be key to that.”

He said: “The UK has an opportunity to be a leader in sustainable fuels. It’s disappointing that producers have not done enough to achieve this. I call on the government and oil producers to help.”