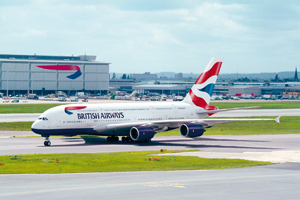 A three-pronged legal attack is being planned by the British Airways’ cabin crew union Unite in the long-standing dispute with the carrier.

Unite said it will lodge an appeal at the High Court this week over the withdrawal of travel concessions from almost 7,000 of its members who went on strike earlier this year.

The union is also expected to lodge an appeal in the European Court of Human Rights by the end of the month, challenging the Government to “put its house in order” over the rules on balloting for industrial action.

Unite also plans to take a case to the Court of Appeal on October 11-12 to claim that BA’s reduction of crew levels was a breach of contract.

“Sadly, one year on this dispute remains unresolved,” a union spokesman said. “We are being forced to defend our members and their rights to just treatment in the courtroom because BA refuses to play fairly at the negotiating table.”

A BA spokesman said: “The High Court ruling in February found that the modest changes we made to onboard crew numbers on flights from Heathrow were reasonable, did not breach crew contracts and could therefore remain in place. We will defend our position vigorously.”

Unite has faced legal action by BA over previous industrial action ballots, complaining that it faced an injunction because fewer than a dozen ballot papers were spoilt out of thousands of members who voted to go on strike.

BA reduced crew numbers on long-haul flights from last November after the High Court refused an application from Unite for an injunction against the changes.