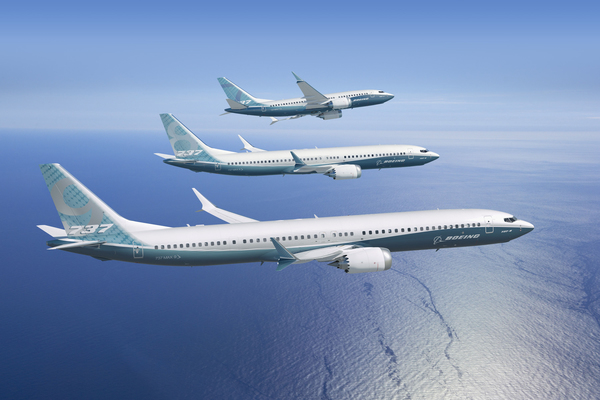 Boeing has predicted that the troubled 737 Max could return to service by the end of the year.

The US manufacturer is making “steady progress” towards a safe return to service following the global grounding of all the new generation aircraft in March following two fatal crashes.

The forecast came as quarterly profits halved to $1.17 billion from $2.63 billion in the same period last year.

Boeing’s commercial airplanes arm that markets and sells passenger aircraft fell $40 million into the red in the third quarter against a profit of more than $2 billion a year earlier.

Aircraft deliveries slumped to 62 from 190 year-on-year. The production rate of the 787 Dreamliner is being trimmed to 12 a month from 14 a month for two years from late 2020 “given the current global trade environment.” The 777X is set to make its first flight next year with first deliveries targeted for early 2021.

The division took a $900 million charge connected to the grounding of the 737 Max which has not been operating for seven months following crashes in Indonesia and Ethiopia killing a total of 346 people.

The company said it has developed software and training updates for the 737 Max “and continues to work with the US Federal Aviation Administration and global civil aviation authorities to complete remaining steps toward certification and readiness for return to service”.

Boeing added: “These regulatory authorities will determine the timing and conditions of return to service in each relevant jurisdiction.

“For purposes of the third-quarter results, the company has assumed that regulatory approval of the 737 Max return to service begins in the fourth quarter of 2019 and that it will gradually increase the 737 production rate from 42 per month to 57 per month by late 2020.”

President and CEO Dennis Muilenburg added: “Our top priority remains the safe return to service of the 737 Max, and we’re making steady progress.

“We’ve also taken action to further sharpen our company’s focus on product and services safety, and we continue to deliver on customer commitments and capture new opportunities with our values of safety, quality and integrity always at the forefront.”

Ryanair and Tui are among airlines anxiously waiting news on when the 737 Max will be certified to resume service.