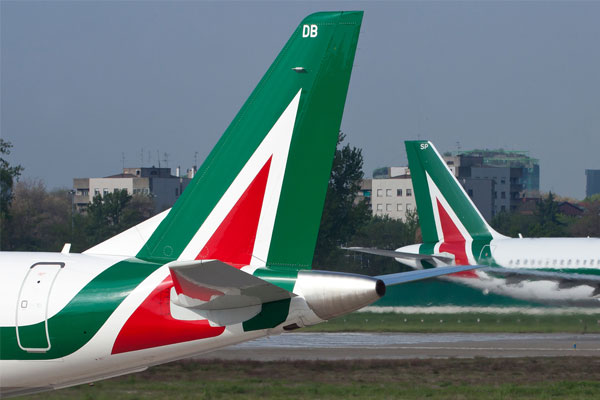 Airlines face major disruption on today (Friday) due to a national strike in Italy.

Alitalia has been forced to cancel at least 250 flights, mainly on domestic routes in Italy but some international services including from Milan and Rome to Heathrow and Milan to London City airport.

The Italian flag carrier expects to run flights during the morning and afternoon peak periods.

But services will be affected by a four-hour walkout by air traffic controllers between 1pm and 5pm and other strikes in the aviation sector of between four hours and 24 hours in duration, the carrier warned.

“Alitalia has taken special measures to mitigate customer inconvenience by operating bigger aircraft on domestic and international routes in order to re-book passengers affected by cancellations onto the first available flights on the same day,” the airline said.

EasyJet is among carriers warning of cancellations and delays.

The budget airline said: “We’re working to minimise the impact of this strike, but like other airlines flying to and from Italy, we are expecting a number of cancellations and potential delays.

“Any customers on affected flights will be contacted via email and SMS.

“Although this situation is outside our control, we do understand that it can be a very frustrating situation for all customers travelling.”

The national strike action has been called by trade unions protesting over pay and working conditions.