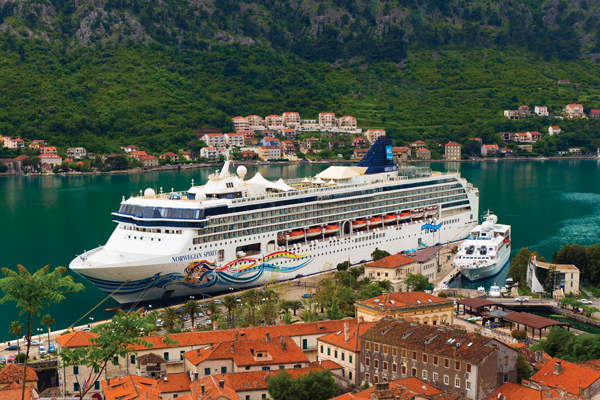 Norwegian Spirit will be fitted with 14 new venues, additional cabins and an expanded spa as part of $100 million overhaul.

Norwegian Cruise Line has called the revamp its “most extensive ship renovation ever”.

Modern Italian restaurant Onda by Scarpetta, which debuts on incoming ship Norwegian Encore, will also be added as part of the project.

Bliss Ultra Lounge, an activity space and dance club, and Spinnaker Lounge, which features the Humidor Cigar Lounge, will also be introduced.

Mandara Spa will double in size to nearly 7,000 sq ft and include a relaxation spa with heated loungers and a new Jacuzzi room.

Children’s waterpark Splash Academy will be replaced with the adult-only retreat Spice H2O, a daytime lounge featuring a bar and two hot tubs.

The ship’s hull will also be repainted with a new design.

The line confirmed additional cabins would be added, but did not reveal exactly how many. However, NCL said every cabin would be “reimagined”.

The ship will sail itineraries in Japan and China after the revamp as well as two 20-day sailings en route to Asia from Europe. The itineraries will include ports of call in Greece, Israel, Egypt, Seychelles, Madagascar and South Africa.