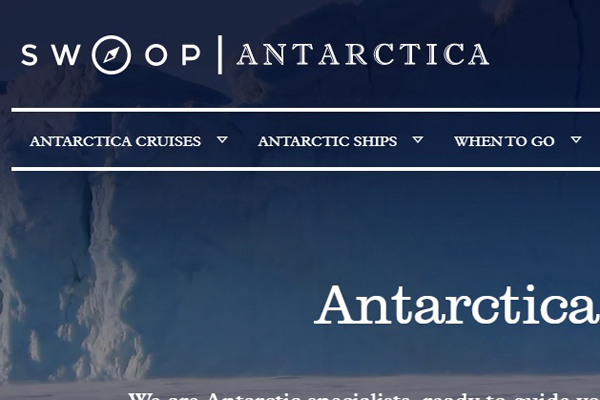 The Bristol-based business said a 16-day sailing on RCGS Resolute, departing from Ushuaia, Argentina on November 6 had been scrapped.

In a statement, commercial director Alex Mudd said it was working with the One Ocean Expeditions to understand why the cruise was cancelled.

The cancellation has affected “a handful” of bookings made by Swoop Antarctica, however, none of the customers had already travelled to Argentina, according to Mudd.

“The decision of One Ocean Expeditions to abruptly cancel the departure of RCGS Resolute has left a number of our customers unable to enjoy their much-anticipated adventure holiday,” he said. “Both they – and we – are hugely disappointed by this cancellation.”

“We felt we had no option but to immediately stop the sale of all future trips with One Ocean Expeditions and protect our reputation in the market.

“We are clearly concerned with the sudden and abrupt cancellation of the trip from Ushuaia and its implications for future trips scheduled with One Ocean Expeditions.

“Our first priority is always the welfare of our customers. Therefore, we are working with One Ocean Expeditions to understand what happened and ensure those affected by the cancellation of their cruise are able to seek reimbursement.”

It is not known exactly how many passengers were booked on the November 6 sailing, but according to Swoop Antarctica’s website more than 1,500 people make Arctic, Antarctica and Patagonia bookings with the company each year.

Mudd added: “We are working with One Ocean Expeditions to provide as much reassurance as we can to those worried by today’s announcement.”

Swoop Antarctica has shared letters sent by One Ocean Expeditions with affected passengers. “We have just been straight up with them,” he said, adding: “We are looking for replacement voyages for them. Each case is different from the next.”

Earlier this week, One Ocean Expeditions issued a statement on its Facebook page, revealing how the loss of two ships last summer “caused a series of complex circumstances”.

In May, the ships which were owned by a Russian government agency were withdrawn from One Ocean Expeditions’ fleet.

The move prompted the Canada-based One Ocean Expeditions to take legal action against the Russian government agency.

In the statement, posted on Facebook, One Ocean Expeditions said: “The withdrawal of these ships was an unexpected and destabilising event, and the violation of our contract remains the subject of ongoing legal action.

“As a result of the contract breach we suffered earlier this year, our company is now in a difficult period of restructuring.”