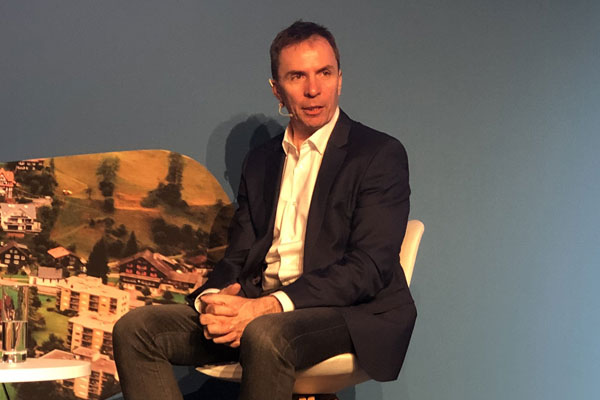 Wizz Air Boss Jόsef Váradi says the low-cost carrier sees Brexit as an opportunity for the market as the carrier strengthens its position in the UK.

Speaking in a session at World Travel Market in London, co-founder and chief executive Váradi said: “The aviation industry is affected by so many things. We will see more regulatory challenges and more political influences going forward”, however he added that “people are going to continue to fly. People want mobility and this what we are trying to achieve.

“Since the Brexit vote, Wizz Air has grown over 60% in capacity in the UK, so we are still very confident in the UK market, we like the UK market and we like our performance in the UK and we are very efficient.

“We look at Brexit as an opportunity. It will shake up the market and you will see airline failures, we have already seen some go. However, we are taking advantage of these opportunities in the market it present.

“The UK remains strategic for us irrespective of what happens with Brexit. We put in the platform operationally and legally that make us compliant with any circumstances or any outcomes of Brexit so we have an airline here and we already have designations from the UK government, so no matter what happens we will continue to fly and service the market.”

From the perspective of the eastern European market, he said: “The heydays of liberal uncontrolled global capitalism might be over by now and the pendulum is now swinging back to some extent, you see national interest and protectionism schemes coming up promoted by governments and these are the governments which are put in place to exercise power”, he said: “ I don’t think this is just an eastern European phenomenon, you see it across the globe in western Europe and North America.”

The carrier will reveal its latest financial results on November 13.