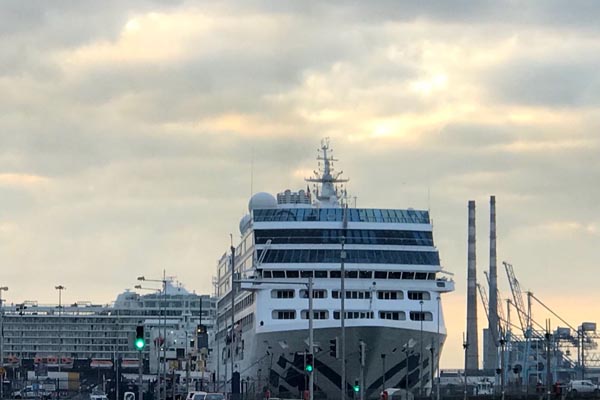 Dublin Port is seeking €108m in funding to build new cruise berths that could accommodate the world’s largest cruise ships.

The port operators says its proposals could treble the number of cruise tourists to 619,000.

Currently, the biggest cruise ship the port has been able to host has been the 4,500-berth MSC Meraviglia.

Recently-published plans outline that two of the “world’s largest cruise ships” would be able to dock simultaneously from 2026, the proposed project completion date.

The world’s largest cruise ship Royal Caribbean’s Symphony of the Seas is 5,518 passengers.

In the paper, it said: “Dublin Port Company is prepared to proceed with the development on the basis of a concession agreement with a private sector operator which would provide the required funding of €108m up front.”

Earlier this year, Dublin Port announced plans to cut the number of cruise calls in half and stop turnaround cruises altogether from 2021, before upping them in 2024-25. The decision was taken to accommodate growing cargo business.