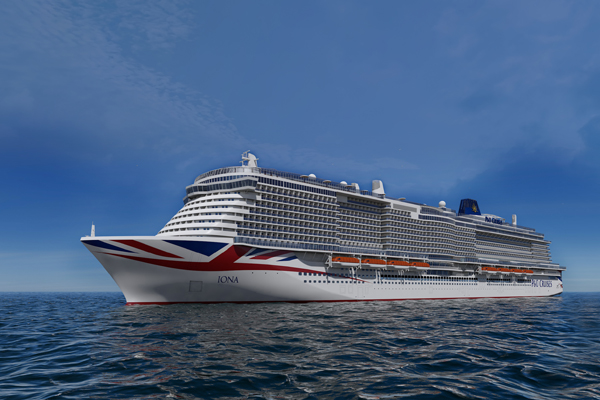 P&O Cruises has scheduled the official naming party for its soon-to-launch ship Iona for July 2020.

Passengers sailing on the seven-night Norwegian Fjords sailing departing on July 4 will join the celebrations in Southampton that day.

The 5,200-passenger ship will have sailed its maiden voyage 51 days earlier.

In a Facebook post, P&O Cruises said: “What a summer of celebration it is going to be on Iona – so many very special events and so many firsts.

“We are delighted to announce that guests on [voyage] G010 on 4 July will be on board for Iona’s official naming celebrations.”

Iona’s naming is one of a number of high-profile ship events in Southampton next year.

Celebrity Apex and Enchanted Princess will also launch in the port in the summer.

P&O Cruises also revealed celebrity chef Marco Pierre White will board the ship on July 25 and British TV presenter Olly Smith will be on the vessel on September 5.