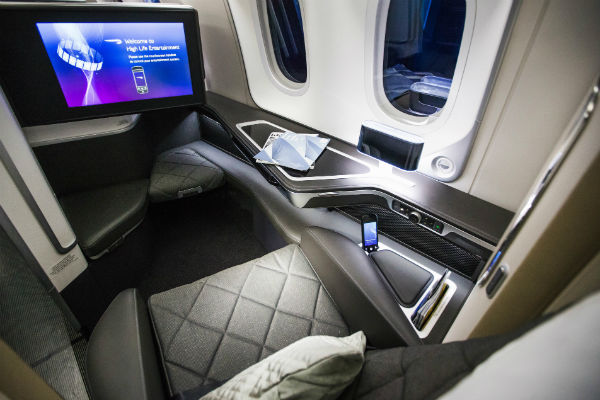 British Airways will deploy its first new Boeing 787-10 Dreamliner on the Atlanta route from Heathrow.

The new generation long-haul aircraft is part of a 12-strong order and is due to enter service in February.

The 787-10 aircraft has a carbon fibre fuselage which allows the pressure to be maintained at a lower level in the cabin.

The internal cabin altitude is the equivalent of 6,000ft, offering a better level of humidity, reducing the drying effect of the cabin air, so passengers arrive feeling more refreshed, BA claims

The aircraft is also more fuel efficient and quieter than its predecessors.

BA chairman and CEO Alex Cruz said: “The delivery of our first 787-10 aircraft marks another significant milestone in our £6.5 billion customer investment plan.

“The aircraft delivers a 25% reduction in CO2 emissions compared to the aircraft it replaces, another step towards our commitment to net zero carbon emissions by 2050.

“It will also offer greater comfort for our customers, as it features our latest generation seats in all cabins.”