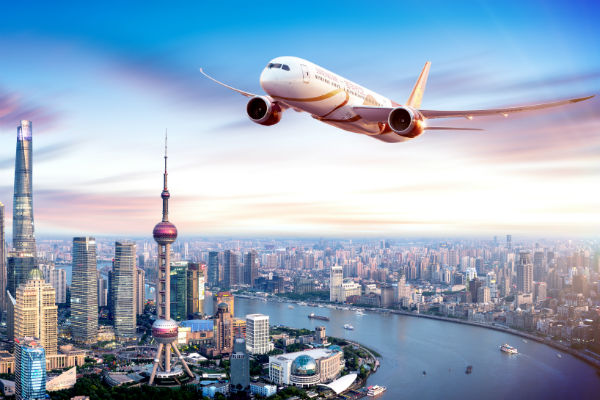 A new air link is to be established between Manchester airport and China’s biggest city Shanghai.

Chinese private carrier Juneyao Air will operate its first UK service to the northern gateway from March next year.

Juneyao’s service with operate initially via Helsinki on Mondays, Wednesdays and Fridays.

It will be a boost for the 180,000 people and businesses within Manchester airport’s catchment area who already travel to Shanghai each year.

Mancester airport CEO Andrew Cowan said: “This news underlines the critical role Manchester airport plays in connecting people and businesses across the north to the world’s most important markets.

“We have seen first-hand how new routes to high-growth economies can unlock significant trade, cultural and knowledge exchange opportunities and this will be no different.

“We are delighted that Juneyao Air has recognised everything the north has to offer, in terms of its business base, natural and cultural assets and world-leading universities when choosing to launch this new service.”

“This route will further promote Greater Manchester’s tourism, as well giving Britain an opportunity to boost its trade and investment links to China.”