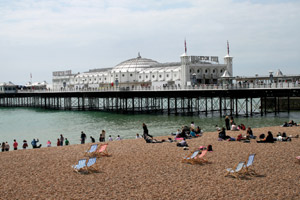 Half of Brits consider a holiday to be a luxury but the same number intend to take a holiday next year, with most of those planning to go overseas, a TNS Travel Weekly consumer survey has found.

The latest snapshot of consumer confidence in the holiday sector revealed a distinct split between young people and younger families compared with those in the 45-64 age bracket.

The majority of the 2,000 respondents who said a holiday was a necessity were in the latter category, while under-35s and those with families were most likely to regard a holiday as a luxury.

The survey found one-third of respondents this year took a holiday overseas while one in 10, mostly families with children, took a holiday in the UK. A further 56% said they didn’t take a holiday at all this year.

Again, families appear to be holding back, with more considering UK than overseas holidays.

Tom Costley, head of TNS Research International  Travel and Tourism, said: “It still costs a lot of money to take a family away so if the general economic situation is a bit uncertain, the idea of committing to a family holiday abroad is quite a lot to consider.”

David Trunkfield, PricewaterhouseCoopers head of travel and leisure, said: “People are still pessimistic but they are less pessimistic than they were.

“Things are looking better now than they have done over the last two Octobers, but that doesn’t mean things are going to be great again.”