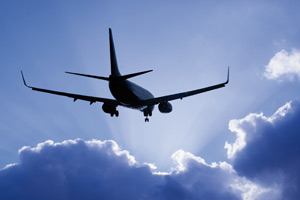 Long-haul sales last Saturday were 83% up on the corresponding day last year, with Friday bookings for Orlando up 254% and Florida up 218%. Sales to Mexico were up 96% on Saturday.

Sarah Smalley, managing director of GfK Ascent, said the figures were a surprise. “Friday is not normally a peak day.”

At the same time, polls suggested consumers would curb holiday spending because of the tax rise, with Abta warning that many families would be priced out of foreign trips. An Abta poll found two-thirds of consumers were unaware of the tax.

APD on an economy fare to the Caribbean rose from £50 to £75 – and is now £150 per person in premium economy, up from £100. It was just £20 four years ago.
The increase came as thousands of overseas trade representatives prepared to converge on London for World Travel Market.

The Board of Airline Representatives denounced APD rates as “indiscriminate, not only to UK residents but to visitors”. It demanded that the Treasury halts any further rises.

Campaign group Flying Matters published research suggesting 43% of UK adults were less likely to fly following the tax rise, and almost half rated APD as “unfair”. One-third had already cut overseas travel because of the state of the economy.

Travel management companies at a GTMC conference on Monday called for unity with Abta in pressurising the government.

EasyJet repeated its call for a tax on aircraft to replace APD – a move backed by leading Abta members Tui Travel and Thomas Cook, but opposed by British Airways and most other carriers.