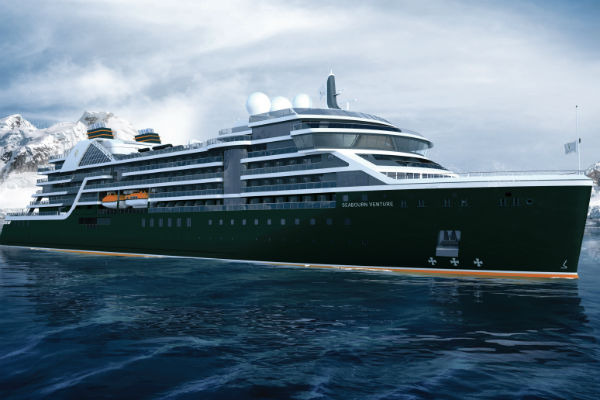 Seabourn’s first expedition ship Seabourn Venture will be christened in Greenwich before its maiden voyage.

The 132-suite ship will call into the London port in June 2021 before sailing on to Oslo.

It will visit more than 150 destinations through to April 2022.

Seabourn Venture will operate a pre-inaugural sailing to London from Lisbon after it has been delivered by shipyard T.Marriotti in Italy.

UK managing director Lynn Narraway revealed the christening location to Travel Weekly at an event in London on Friday.

He revealed that the vessel’s debut programme would go on sale in “four to six weeks” and that the name would be announced in February.

“We are trying to get our itineraries out much earlier,” Austin said, adding that the line had recruited a second second member of staff to its itinerary planning team.

He added that the US ban on cruises to Cuba had got “in the way” of deployment planning.

“We had planned five [Cuba] itineraries so we had to plan five more,” Austin said.

“[Cuba cruise ban] was probably the biggest obstacle we have ever had.”