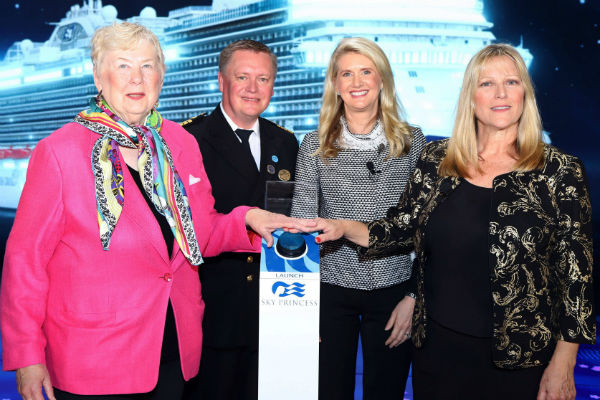 Sky Princess is an evolution of the design platform used for its three sister ships – Royal Princess, Regal Princess and Majestic Princess.

New on board features will also be on Enchanted Princess, which is due to be launched in Southampton in June 2020.

These include two ‘Sky Suites’ with the largest balconies at sea, an escape room, enhanced theatre and a jazz lounge.

Sky Princess is the first purpose-built ship in the fleet to offer the wearable OceanMedallion device to passengers, enabling touchless cabin entry, the ability to order drinks and food from almost anywhere on board and a family and friends locator.

Sky Princess will be sailing in the Baltic from Copenhagen starting on April 24 next year.