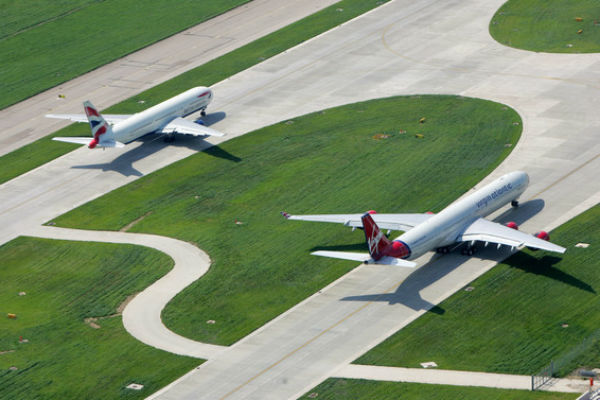 Heathrow is gearing up for its busiest festive period after a record-breaking November.

The growth was reported as Heathrow pledged that airport operations would become carbon neutral from next year.

People flying to the US to celebrate Thanksgiving helped push up November traffic on the back of new services.

Transatlantic partners British Airways and American Airlines introduced new links to Pittsburgh and increased flights on a number of routes.

Total numbers flying on routes to North America rose by 5.9% to 1.4 million over November 2018.

But there were falls to European Union destinations, Non-EU points in Europe, Africa and Asia-Pacific.

Heathrow chief executive John Holland-Kaye, said: “Following a record breaking November, we are expecting this festive getaway to be the biggest yet as family and friends travel home.

“As demand for air travel increases, we are working with the aviation and energy industries to decarbonise flight.

“We are accelerating our own plans to cut emissions from Heathrow airport operations and those will be carbon neutral from 2020.”