Kuoni will return to TV this month with an updated version of its ‘travel worth talking about’ turn-of-year advert.

Once again, there are two versions of the ad: one featuring footage of beach destinations and the other showcasing Kuoni’s tailor-made offering.

Both feature an actor playing a travel agent and encourage viewers to talk to a professional about booking to the soundtrack of Ella Fitzgerald’s Happy Talk.

The ads will air in rotation but the tailor-made version, which “evokes slightly more emotion”, according to marketing director Dean Harvey, has been up weighted this year.

A female voice narrates the ad instead of a male and a sales message will be included at the start and at the end of the ad, in anticipation of a more “competitive market” in January.

It will air for the first time on ITV on New Year’s Day during Bancroft and on all Channel 4 and Sky channels.

Harvey said the money saved on not producing a brand new TV ad has been invested in other marketing activity.

“We measure our performance by ad awareness data from YouGov which looks at a lot of metrics,” he said. “Last year the ad outperformed all ads for the last three years so that’s why we felt confident using the same one.

“It’s also about brand recall. If you see if for the third or fourth time it sticks in the mind.” 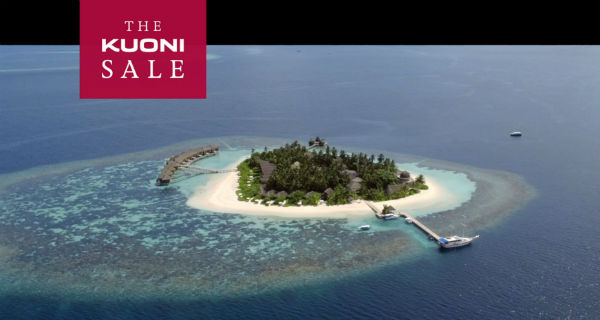 Kuoni dropped TV advertising in 2017 for the first time in five years.

Harvey said: “We did consider whether it would be worth investing (in TV advertising this year)”, but added: “If you’re not there you will be visible by your absence.”

For the first time, Kuoni will also appear in 14 John Lewis & Partners shop windows from mid-January.

This and the TV advert will be supported by outdoor marketing, which has been doubled this year; consumer magazine print advertising ; paid Google search;  a digital homepage takeover; and a sale booklet distributed through national print media and direct mail.

Kuoni’s trade website will be updated and agents can win a holiday, including flights, to the Maldives, Mauritius or Mexico as well as £500 Love2shop vouchers for every booking made in January.

More: Video: Hayes & Jarvis and Citalia turn to TV advertising ahead of peaks

Interview: Covid was a stress-test of safeguarding