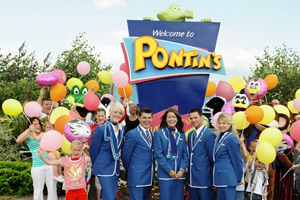 The news this week that Pontin’s, one of the UK’s most iconic holiday companies, has called in the administrators has cast doubt on the strength of the domestic holiday market, according to overseas operators.

The firm, which runs five holiday parks and provided the inspiration for hit 1980s TV comedy Hi-de-Hi!, hopes to restructure before coming out of administration.

Indian millionaire Bhanu Choudhrie and the Dubai royal family have been linked to a £15 million rescue deal, while administrators KPMG have brought in Bridge Leisure to run the parks until a buyer is found.

“Somehow, word gets around and it can happen very quickly. The whole staycation thing has been over-egged anyway. We haven’t seen a drop in overseas demand and other overseas operators feel the same.”

Nick Munday, managing director of Classic Collection Holidays, said Pontin’s had failed to move with the times to offer a viable alternative to overseas holidays.

“People who go on holidays overseas for the culture and the sunshine are not going to go and stay at Pontin’s,” he said.

“Apart from a cultural experience, Britain doesn’t compare with an overseas holiday, it’s expensive, the weather’s shocking and the accommodation is pretty ropey; that’s why so many people get on an easyJet flight and go abroad.”

Bill Haslam, owner of Cornish resort Gwel an Mor, which is featured by trade supplier Hoseasons, said the staycation trend was real but customer expectations and standards were rising.

“Pontin’s needed to reinvest and reinvest quickly in terms of changing their offering because the UK consumer has moved on,” he said.

Due to the cyclical nature of the outbound travel sector, the industry has long faced demands for companies to be allowed to continue trading while in administration, as many in the US do under Chapter 11.

However Chris Photi, senior partner at Whitehart Associates, said regulators make any kind of voluntary creditors’ agreement (VCA) that would be needed to achieve this impossible to agree.

“We have got to come up with a mechanism where travel companies can trade in administration,” he said. “The CAA never wants to sit behind another creditor, they want all their money.

“Usually you won’t be able to do a VCA if a government department is a main creditor.”

Josephides said he was opposed to a Chapter 11-style arrangement in the UK.

“It is really unfair as it means someone is given a new lease of life having come to new arrangements with their creditors while everyone else has been paying them the previously agreed rates,” he added.