Canadian leisure carrier Air Transat has turned to TV advertising for the first time as part of its new year promotion.

The airline aims to drive awareness among consumers and the trade to boost sales as it prepares to increase flights to Canada in the spring.

TV adverts appear from January 1 to boost awareness around its London, Manchester and Glasgow departure airports, and encourage consumers to fly Air Transat to Canada.

The four-week campaign, showcasing the friendliness of cabin crew, will run with 30 second slots on ITV, STV, and across the Sky network.

The TV push is being supported by video on demand, YouTube and Facebook advertising that also promotes the on board experience, new Airbus A321neoLR fleet and its Skytrax award as the world’s best leisure airline.

The campaign aims to reach more than 16 million people, appearing on prime-time TV shows such as Coronation Street, Dancing on Ice, The Voice and Cold Feet.

Special fares available to trade partners start at £318 return in a new year sale which runs for two weeks for flights to Canada on selected dates between January and October.

The airline’s Star Rewards trade incentive scheme has also been upgraded so that agents who book flights during peak booking periods are rewarded for every passenger.

Frequency of the airline’s Gatwick-Toronto service is doubled to twice daily from May.

Gatwick-Montreal flights rise from three to five times a week, with many operated by new A321neoLR aircraft.

Capacity is raised on the Glasgow-Toronto route, where Airbus A310s are being replaced with an all-A330 service five times a week. 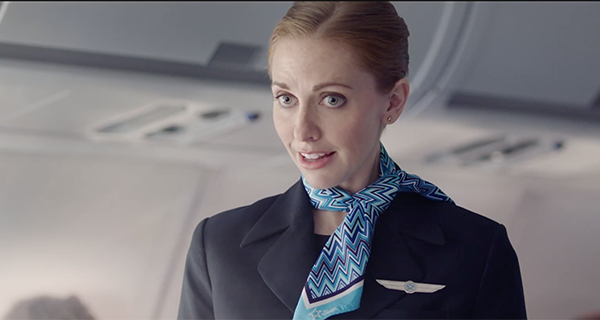 The airline will also continue to run an all-A330 service five times a week from Manchester to Toronto.

Air Transat has scheduled up to 40 direct flights a week from the UK and Ireland to Canada for the summer.

UK and Ireland commercial director Adrian Keating said: “Our investment in TV advertising is a key pillar of our strategy to drive awareness and consideration for our brand, and we are confident this will ultimately deliver a positive impact on our commercial position.

“As we enter 2020, our team is working harder than ever to build longstanding, productive relationships with our trade partners.

“Our focus is on enabling them to sell Air Transat with confidence and be rewarded for it, and our biggest ever new year promotion is an integral part of that.”