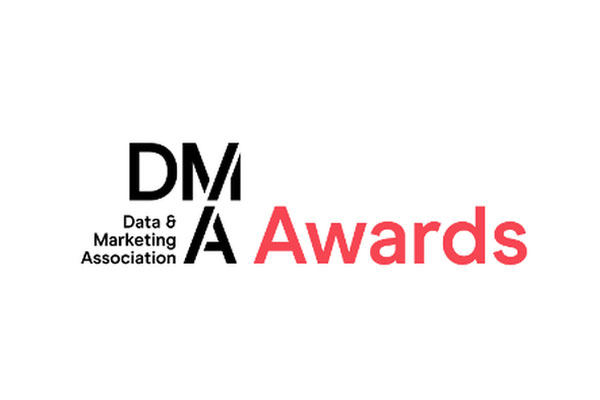 Crystal Cruises, the luxury cruise line, won the DMA Gold Award in the Travel & Leisure category for its ‘Where Luxury is Personal’ campaign launched in January.

I have a confession. I was among the judges, and it was quite a process.

There was an element of culture shock in sitting in a room with people who describe themselves as ‘creatives’ – although I wasn’t alone in being from travel. Jennifer Higgins of P&O Ferries, Alethea Morton of Great Rail Journeys and Crissy Sealy of Hilton Worldwide joined the panel of eight judges, with a DMA ‘official’ to guide us.

It’s fair to say outbound travel did not feature strongly among the entrants. Crystal Cruises was the only travel company to make the longlist of seven from the multiple entrants in the category.

Inbound marketing organisation VisitBritain made the cut for its ‘Making Great Britain timely not timeless’ campaign. And the National Trust – perhaps the ultimate visitor attraction – also featured. Otherwise the list was made up of leisure entrants.

We whittled down the entries in an examination-like atmosphere, applying as rigorously as possible the DMA-judging criteria and points-allocation system.

I was not overgenerous to some entries, I admit – though no names.

Once the points were tallied, we had a longlist of seven potential winners and examined each in detail

I believe I had Crystal Cruises and a terrific ‘Long Live the Local’ campaign for Britain’s Beer Alliance as my top two at that stage.

A campaign for The Guardian’s Soulmates dating service – ‘Dating with a two-track mind’ – was highly rated by some judges. A seaside-postcard kind of campaign, I thought it rather naff. Maybe I need to get out more.

We argued back and forth. The Guardian Soulmates campaign with its engorged innuendos would not lie down. VisitBritain and the National Trust had their supporters.

But slowly a top two emerged – Crystal and the Beer Alliance. We couldn’t separate them. Various ways of making a final judgment were attempted. Each time it produced a tie.

Just when it seemed we would need to go into lockdown, the DMA adjudicator detected a smidgen of difference in our judging of the pair at an earlier stage.

A fraction of one point in 240 must have won it for Crystal Cruises, at least according to my maths, but we didn’t know that at the time.

We were dismissed without being told the winner we had selected.

Such is the DMA’s commitment to keeping the winners and the process of choosing them under wraps that we weren’t allowed to remove anything from the room.

So the copious and very funny notes I took throughout have been lost – you will have to take my word that they were copious. 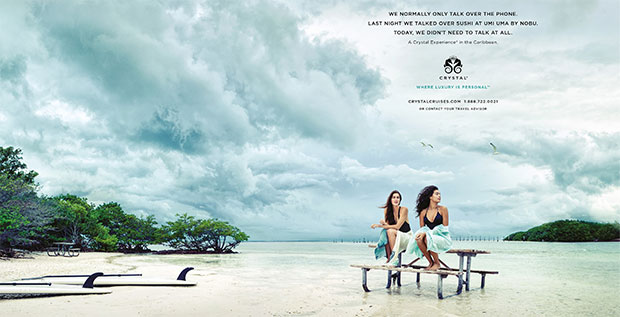 The DMA says its awards recognise not just “the big idea” and the “clever film” but “the insights, the use of data, the craft, the return on investment” and “the work that pushes our industry forward”.

I don’t know much about any of that, so why did I consider Crystal Cruises’ entry among the best?

Crystal wanted a stand-out brand campaign in what its submission described as “a sea of sameness”.

The photo which fronted the campaign captured an approaching storm in the Caribbean. It was not just dramatic but unlike any other cruise ad I have seen. I would not much have wanted to be on a cruise heading into it.

I liked the clarity and consistency of message and thought it smart to have guests and crew at the campaign’s core – although the two young women in the approaching-storm photo did not look like archetypal cruise passengers, the average age of whom is 57. Perhaps Crystal Cruises appeals to a whole different demographic or has done since the campaign.

The supporting data – suggesting a staggering increase in online bookings and a rise in call volumes –were impressive but raised questions for me.

Cruises are overwhelmingly booked through travel agents so I would want to know the baseline for the 1150% increase in online bookings, especially when call volumes rose by just 15%.

Like The Guardian campaign, Crystal’s was somewhat saucy – choosing to highlight truffle, Bearnaise or “good old tomato” sauce to make its point that “luxury is personal” and contrast this to the “fussy, fake and intimidating” feel of “impersonal luxury”.

The submission noted: “The challenge was to show how real luxury makes someone feel.” It did so by featuring ‘real’ people talking about how luxury felt to them and discarding any sense of “destination” – a risky move for any travel campaign and especially for cruise when ports of call can be such a selling point. But it worked rather beautifully.

The campaign attracted “a new kind of customer alongside loyal ones”, with Crystal citing a 158% increase in luxury shoppers visiting the site – although I doubt luxury cruisers and luxury shoppers are mutually exclusive.

The submission also noted: “Conde Nast liked the ads so much they put them in the front inside cover of their magazine at no extra cost.”

That is some placement but might say something about the magazine display advertising market.

I regret I missed the DMA Awards night at Old Billingsgate, London, on December 3. I vaguely remember when the venue was just plain Billingsgate and a wonderful fish market.

Cadbury’s Hunt the White Creme Egg campaign won the Grand Prix award, which I guess is for the crème de la crème of entries.

A nurse recruitment campaign for the NHS (‘We are returning nurses’) won the best B2C campaign. Let’s hope it had the desired effect.

There were some travel-related winners/runners up in other categories. British Airways took Silver in the Best Creative Use of Data award for its January Sale 2019 campaign.

And an attraction, the Royal Botanic Gardens Kew, won Gold in the Best Use of Search category.

Congratulations to Crystal Cruises and its agency MRM/McCann. The winning team comprised 14. I hope they didn’t all go up on stage for the winners’ photo .