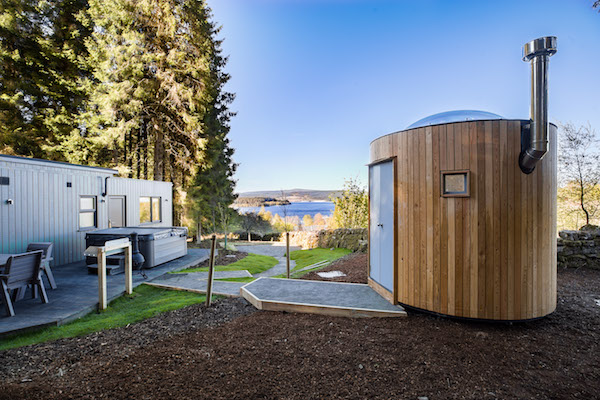 The year-round appeal of staycations is being promoted by Hoseasons in its turn of year TV advertising campaign.

The advert, airing from New Year’s Day, features a multi-generational family enjoying a range of experiences on an off-peak UK short break.

Hot tubs, cycling, stargazing and family celebrations feature in the advert, which was filmed at one of the domestic self-catering specialist’s Landal Kielder Waterside lodge in Northumberland (pictured).

The advert will be shown nationally across a range of channels including ITV, ITV 2, Channel 5, E4, Sky 1 and Sky Atlantic until January 19.

A dedicated digital video campaign will support the TV ad throughout January, February and March, with one version aimed at families for February half-term and another aimed at couples for off-peak winter breaks.

He said: “Previously our TV campaigns have been shot in the summer to sell the summer, but there was a clear opportunity to showcase a more modern staycation experience for customers who want an off-peak weekend break, or to celebrate a special family occasion together.

“The continued rise of the short break means the weekend getaway is a great year-round option for agents and their customers alike, and it was important for us to get that across as a key theme in this campaign.”