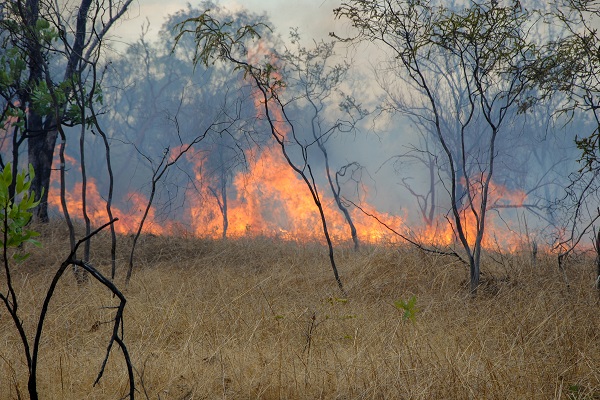 A week-long state of emergency has been declared in the Australian state of New South Wales amid an escalating bushfire threat.

Thousands of people are already fleeing a vast “tourist leave zone”, with supplies running low in some cut-off towns.

High temperatures and strong winds are forecast for the weekend, leading to “widespread extreme fire danger” in the eastern Australian state.

Bushfires have killed 18 people and destroyed more than 1,200 homes across NSW and Victoria since September.

At least 17 people remain missing after fires this week alone.

Long lines of cars have jammed highways leading back towards Sydney and Canberra.

The state of emergency will kick in at 8am on Friday morning local time and last for seven days, NSW premier Gladys Berejiklian announced.

This will allow local authorities to carry out forced evacuations, road closures “and anything else we need to do as a state to keep our residents and to keep property safe”, she said.

“We don’t take these decisions lightly but we also want to make sure we’re taking every single precaution to be prepared for what could be a horrible day on Saturday.”

The state government has warned that conditions are likely to be “at least as bad” as New Year’s Eve, when hundreds of homes were destroyed.

This week’s fires have destroyed at least 381 houses in NSW and 43 in Victoria, with warnings that numbers will grow.