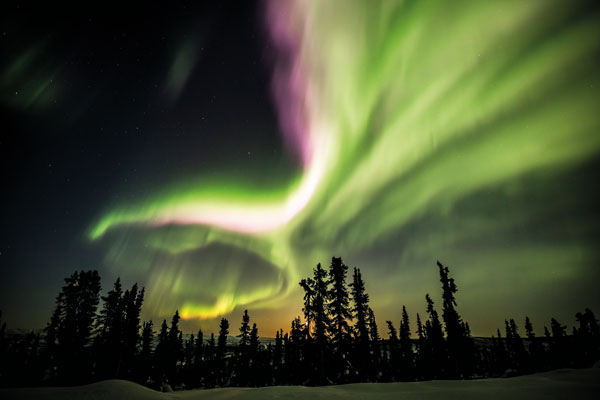 Leave the big landmarks behind and see how much else Canada has to offer, writes Katie McGonagle.

Canada is, by any measure, big – big country, big coastline, big cities and big scenery, with a host of big-ticket sights that are enough to earn it a spot on any traveller’s wish list, whether they prefer whale-watching or wine-tasting, epic road trips or short city breaks.

But for every famous attraction, there are a dozen more that probably haven’t made it onto your clients’ radar, yet are just as worthy of attention – and better still, they won’t have to book their accommodation a year in advance or wait their turn at every scenic photo stop.

That’s why we’ve put together an ‘alternative’ bucket list for Canada, shining a light on the wealth of options across the Atlantic, and giving you ideas for how to sell the country to repeat visitors.

Bucket list: Niagara Falls can’t fail to impress – whether you see it from above or below, sparkling in sunshine or surrounded by snow, the sheer volume of water thundering over the falls is something to behold. Add the Journey Behind the Falls or a boat trip with Hornblower Niagara Cruises for a real sense of the scale and power of Horseshoe Falls.

The alternative: You can’t match Niagara like for like, but it’s not the only place Mother Nature was kind to in Canada. The Yukon is nature at its most raw and untouched, full of pristine tracts of vast wilderness, towering mountains including Canada’s highest peak, free-roaming wildlife and – between September and March – the northern lights.

“The Yukon is nature at its most raw and untouched, full of pristine tracts of vast wilderness.”

Stuart Rogers, product and commercial manager at Canadian Affair, says: “The Yukon is quickly becoming the go-to place for those seeking an epic and authentic wildlife experience. Living alongside nature has always been part of the culture and a trip here offers the opportunity to wonder in amazement at nature’s own light show, the northern lights.”

Book it: Canadian Affair has a seven-day Northern Lights of the Yukon tour from £1,522, including flights from Heathrow, two nights in Vancouver, domestic flights to Whitehorse, four nights’ northern lights viewing, Whitehorse city tour and ticket to Grouse Mountain.
canadianaffair.com 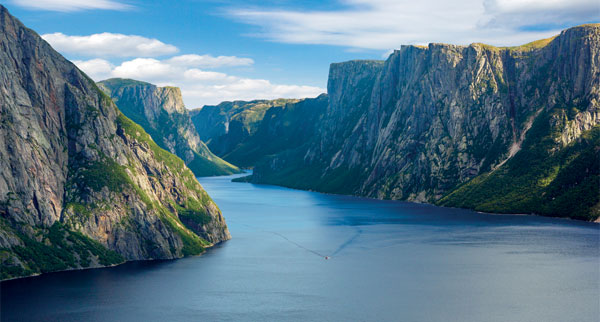 Bucket list: Canada is the king of self-drive holidays. Its wide-open roads and breathtaking views offer plenty of reasons to take to the road, with popular routes including the rugged Rocky Mountains in the west, and the gentler charms of Nova Scotia and the Cabot Trail in the east.

The alternative: The Atlantic provinces of Newfoundland and Labrador are overlooked by all but the most dedicated Canada fans, yet they’re prime territory for exploring at your own pace. Fly in via St John’s to dine on seafood in Canada’s easternmost city, then carry on to Signal Hill, the spot where Marconi received the first transatlantic wireless signal and now home to myriad hiking trails and stunning sea views – you might even spot an iceberg floating past.

“Canada’s wide-open roads and breathtaking views offer plenty of reasons to take to the road.”

And if you thought western Canada had hogged all the epic scenery, you’d be wrong. Here, there’s Gros Morne National Park, where glacier-carved fjords flow past sheer, tree-covered cliffs, and Terra Nova National Park, where you can kayak along rugged coastline or camp in the wilderness. 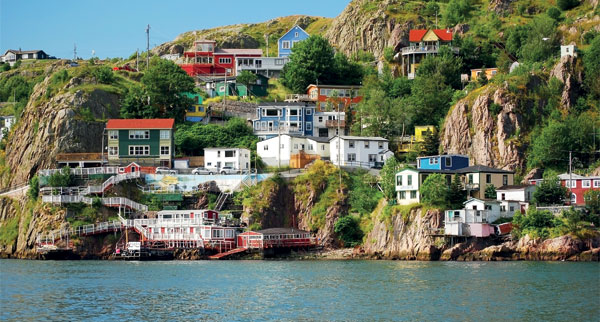 Bucket list: Canada has its share of landmark events, whether you want to see Ottawa light up with fireworks on Canada Day or Montreal fill with music lovers during Jazz Fest. But the Calgary Stampede is the most quintessentially Canadian, bringing more than a million people together to celebrate the outdoors and turning the city into one giant party each July.

The alternative: Toronto is pretty cool at any time of year, but go during the Toronto International Film Festival (TIFF) in September and you might find yourself rubbing shoulders with George Clooney in a lift or dining with Tom Hanks at the next table.

“Visit Toronto in September and you might find yourself rubbing shoulders with George Clooney.”

Premier Holidays product manager Tim Greathead says: “TIFF sees famous faces flock to the city every year and has become one of the biggest occasions in the film calendar. Whether you love films and get tickets for the blockbuster screenings or just want to watch a red-carpet entrance, it is a great event to plan your visit around – you can really feel the excitement.”

Book it: Premier Holidays offers a four-night Toronto package, including Air Canada flights from Heathrow on September 19 and accommodation at the Chelsea Hotel, from £899; TIFF screenings must be booked separately.
trade.premierholidays.co.uk 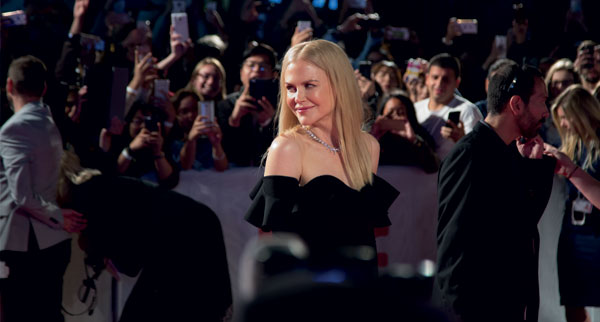 Bucket list: The Rocky Mountains are as beautiful as you’d expect, all jagged peaks and snow-capped summits, glacial lakes in blinding turquoise and valleys thick with dark-green forest. Availability can be limited in summer, so encourage bookings in spring or autumn – the scenery is just as dramatic, but with fewer crowds to block the view.

The alternative: “For an alternative to British Columbia and Alberta, how about a self-drive tour of Quebec?” asks Denise Hunn, director of Canada tour operations for Prestige Holidays. “Our Quintessential Quebec break takes in the magnificent scenery and gorgeous panoramas of the Laurentian Mountains and the picturesque villages that surround them. It also includes a stop at the Mastigouche Wildlife Reserve, an enchanting region with winding rivers and hundreds of lakes nestled among breathtaking mountains, which never fails to impress.” 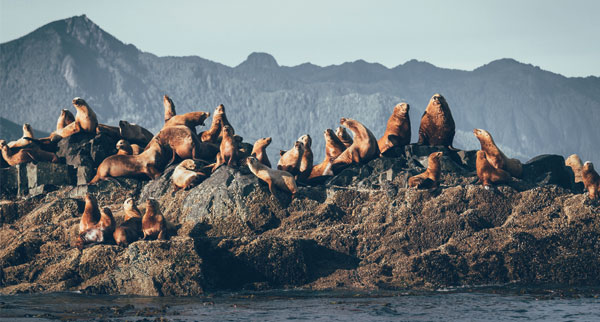 Bucket list: If you’ve dreamed of seeing a hulking grizzly in the wild, perhaps standing in the middle of a river ready to catch a salmon with one swipe of its paws, Canada is the place you’re likeliest to fulfil that wish. It’s home to 60% of the world’s bear population, with black bears, grizzlies and polar bears to choose from.

The alternative: The Great Bear Rainforest in British Columbia is the best place for bear-spotting, but head offshore to the Haida Gwaii archipelago – aka ‘the Galápagos of the north’ – and you’ll find a place teeming with all manner of animal species.

“Canada is home to 60% of the world’s bear population, with black bears, grizzlies and polar bears to choose from.”

Intrepid Travel product manager Rachel Urberti says: “Everyone knows Canada for its grizzlies, but if you want to see bears and more without the crowds, the Haida Gwaii islands are the place to go. Canada’s most remote region is a haven for wildlife, with the endemic Haida Gwaii black bear, whales, orcas, seals, sea lions and bald eagles. Six of the 10 native land mammals on the islands are subspecies found nowhere else on Earth, making it a unique wildlife experience.” 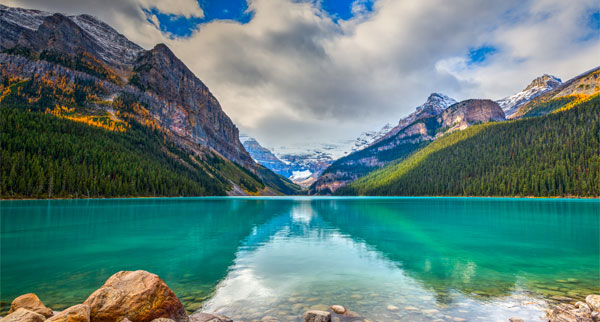 • Food: If clients have done the rounds of Granville Island Public Market in Vancouver, or had their fill of poutine and bagels in Montreal, recommend Toronto, whose multicultural mix has given rise to a brilliantly diverse food scene. For a real smorgasbord, Adrian Keating, Air Transat’s commercial director, recommends Assembly, a food hall serving everything from sushi and ramen to Thai street food and smoky barbecue. Direct return flights from Manchester, Glasgow or Gatwick start at £338.

• Cruise: Sailings along the East Coast, from New England in the US to Canada’s Atlantic provinces, have long been a favourite with the cruise crowd, but why not go further with a voyage down the mighty St Lawrence? CroisiEurope is positioning its new ocean-going ship, La Belle des Oceans, here for sailings from Montreal to the archipelago of Saint Pierre and Miquelon, starting in June. Prices lead in at £4,694, excluding flights.

• Lakes: Canada has more lakes than the rest of the world put together, so there’s more to see than just Lake Louise. Emerald Lake in Yoho National Park or Garibaldi Lake in Garibaldi Provincial Park are just as impressive or, if your clients are out east, the mammoth Lake Superior in Ontario is well worth a detour.