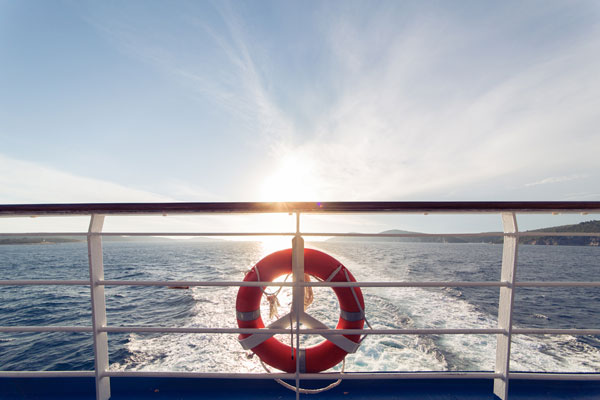 Updated at 8.30am on Wednesday February 19

Cruise lines have responded to a wave of travel and entry restrictions from countries across southeast Asia by cancelling and changing itineraries amid the coronavirus outbreak. Harry Kemble rounds up all the latest developments.

Princess Cruises has added 47 cruises to Sapphire Princess’ season in Australia after cancelling the 2,670-passenger ship’s deployment in Asia.

The vessel had been due to sail in Asia from May to October. However, the ship will now sail from May in Australia for 12 months.

It will arrive in Fremantle following a multi-million dollar refurbishment on May 1, 2020.

The new cruises are on sale from Thursday, February 27.

The line has also pulled every departure on Diamond Princess, which was quarantined in Yokohama, Japan, until April 20.

Asia voyages on Majestic Princess have also been cancelled.

The cruise line is offering full refunds and future cruise credits for cancellations close to departure.

MSC Cruises is altering an extended cruise from Dubai to avoid calls into mainland China and Hong Kong due to the coronavirus outbreak.

The 28-day MSC Bellissima itinerary from the Gulf to Asia will miss Keelung in Taiwan as well as Shenzhen and Hong Kong.

The ports will be replaced by Laem Chabang for Bangkok; Phu My for Ho Chi Minh City in Vietnam as well as an extra day in Kobe, Japan.

The ship will now also call Sir Bani Yas Island in the United Arab Emirates instead of the Gulf destination of Khor Fakkan.

MSC Bellissima is due to depart Dubai on March 21 with calls in Colombo, Sri Lanka; Phuket, Thailand; Langkawi, Penang and Port Klang for Kuala Lumpur in Malaysia; and Singapore.

The ship will then sail to Bangkok, Ho Chi Minh City, an overnight in Kobe and onto its final destination of Yokohama in Japan on April 18.

Passengers who are booked from Hong Kong on April 11 to Yokohama will be able to join the ship earlier from Singapore on April 6 with no additional charges.

MSC Cruises is offering passengers the option to cancel due to the amended port visits.

P&O Cruises is removing all Asian ports of call from Arcadia’s world cruise itinerary. The line said a “more in-depth” Australian itinerary has now been put in place.

Arcadia will no longer visit Airlie Beach and Yorkeys Knob in Australia, on February 24 and February 25 respectively.

Passengers will instead have an overnight stay in Brisbane on February 22 before calling at Melbourne, Hobart, Port Arthur, Adelaide, Albany and Fremantle, all Australia.

Podcast: Coronavirus: how serious is it and what impact will it have long term?

Celebrity Cruises has cancelled the final five sailings of Celebrity Millennium’s Asia season and will reposition the ship to the US earlier than planned.

The line has also adjusted the next four Celebrity Constellation itineraries to avoid Singapore and Thailand.

Constellation will instead spend more time in Cochin, Goa and Mumbai.

Royal Caribbean International has cancelled two Quantum of the Seas sailings departing from Singapore on February 15 and February 24.

Affected passengers have been given full refunds, the line said.

A Royal spokesperson added: “Royal Caribbean’s number one priority is ensuring the health and welfare of our guests and crew.

“We will continue to monitor conditions and will share other itinerary adjustments should they become necessary.

“The Singapore market remains of great importance to us and we look forward to returning there very soon.”

Any passenger who has travelled from, to or through mainland China, Hong Kong and Macau 15 days prior to the departure date is banned from boarding any Royal Caribbean Cruises’ owned ships which include Azamara, Silversea and Celebrity.

Holland America Line (HAL) ship Westerdam was allowed to dock in Cambodia on February 13 after Japan, Taiwan, Guam, the Philippines and Thailand had all refused to accept the ship – despite having no sick passengers or crew on board.

“However, we are assessing the impact of current port restrictions in Asia on cruises departing Feb. 29 or later,” the line said. “We will communicate details as they become finalized in the next few days.”

All sailings until December 7 have been dropped and full refunds are being offered, along with 10% future cruise credit.

Cunard ship Queen Mary 2 is to miss several ports in southeast Asia and will sail direct to Fremantle, Australia, during its world cruise.

The vessel had been scheduled to call into Phuket, Thailand; Pulau Penang Island and Klang in Malaysia; Singapore; and Hong Kong.