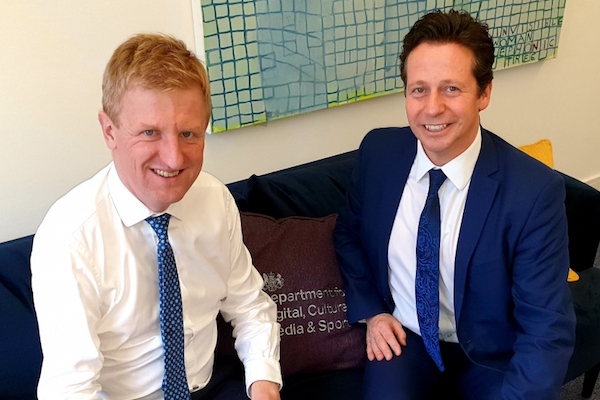 Huddleston was head of travel at Google before entering Parliament as MP for Mid Worcestershire in 2015.

He was appointed as parliamentary under secretary of state at the Department for Digital, Culture, Media and Sport on February 14 and confirmed as minister for tourism and heritage today.

Huddleston will also act as minister for sport, the Commonwealth Games and gambling and lotteries after the reshuffle saw a recombination of responsibilities at DCMS.

He will serve under a new secretary of state at the department after Oliver Dowden replaced Baroness Nicky Morgan in the reshuffle.

Huddleston said: “I’m delighted to have been appointed a minister.

“I’ve been involved in DCMS-related matters since I was first elected in 2015 and also in my work before entering Parliament, so I have had a long-term interest in this vital government department.”

Huddleston formerly sat on the DCMS select committee of MPs and from 2017 was parliamentary private secretary to two secretaries of state at the department – Matt Hancock and Jeremy Wright.

He said: “Prior to becoming an MP I worked for Google as the industry head for travel and before that as a consultant at Deloitte in the UK and the US covering the travel and tourism, tech, media and telecommunications sectors.

“I’m very pleased the Prime Minister has offered me this opportunity.”

“In 2018, the inbound tourism industry generated nearly £23 billion of export earnings for the UK economy but the industry still needs the government to continue its intervention and support, if it is to advance its delivery of world class experiences for international visitors and deliver jobs and growth across the whole of the UK.

“There are some significant challenges ahead this year as the industry copes with the impact of the coronavirus, and the concerns of industry to resource businesses after 31 December.

“It is vital that the government’s new immigration policy allows tourism and hospitality businesses to have continued access to overseas nationals with foreign language skills, and to help plug labour shortages across the UK in key tourism hotspots, ensuring businesses can grow.”