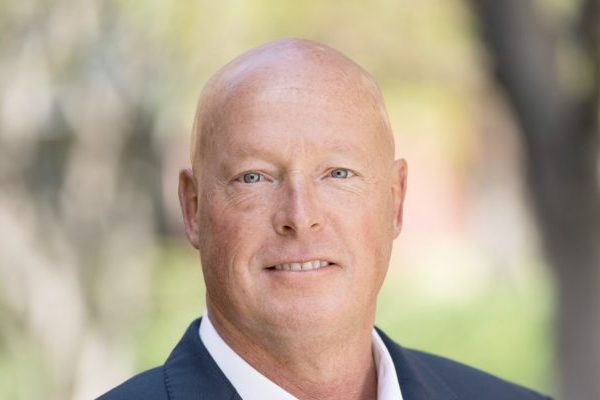 Bob Chapek has been promoted to become chief executive at The Walt Disney Company, moving from his role as chairman of Disney Parks, Experiences and Products.

Chapek replaces Bob Iger, who becomes executive chairman and will oversee a transition until the end of his contract on December 31, 2021.

Reports in the US said Iger’s departure was not expected as he is contracted until the end of 2021.

The Washington Post described it as “a surprise” move that “stunned the entertainment world”.

Chapek was chairman of Disney Parks, Experiences and Products since the segment’s creation in 2018, and before that he had been chairman of Walt Disney Parks and Resorts since 2015.

He oversaw the opening of Disney’s first theme park and resort in mainland China – Shanghai Disney Resort – and the creation of the new Star Wars: Galaxy’s Edge lands at Disneyland and Walt Disney World, along with the addition of Marvel-inspired attractions and the expansion of Disney Cruise Line.

Chapek will be the seventh chief executive in Disney’s nearly 100-year history.

Iger said: “I have the utmost confidence in Bob and look forward to working closely with him over the next 22 months as he assumes this new role and delves deeper into Disney’s multifaceted global businesses and operations, while I continue to focus on the company’s creative endeavours.”

Susan Arnold, independent lead director of the Disney board, added: “The board has been actively engaged in succession planning for the past several years, and after consideration of internal and external candidates, we unanimously elected Bob Chapek as the next CEO of The Walt Disney Company.

“Mr Chapek has shown outstanding leadership and a proven ability to deliver strong results across a wide array of businesses.”

A new head of Disney Parks, Experiences and Products will be named at a future date.