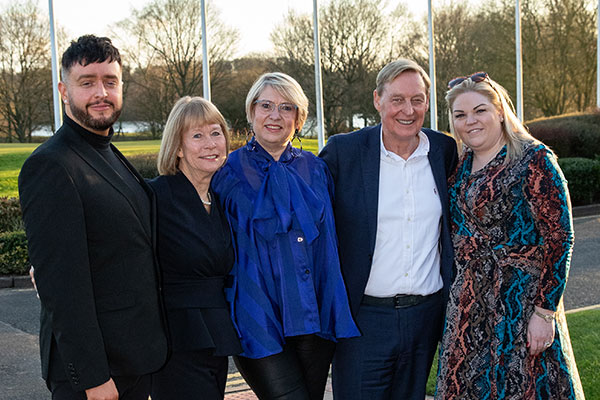 The internet is “reaching its peak” in travel as personal customer service experiences a “boom”, according to John Hays.

“In travel the internet is huge, it’s a big part of the market and that is not going to decline,” he said.

Travel agencies ranked among the best UK companies to work for

“But I also feel the percentage penetration of the internet is reaching a peak. It’s a very big number but it’s not going to saturate 100%.

“There will always be the need for personal service.”

Hays revealed that long‑haul bookings by Hays Travel Independence Group members had overtaken short-haul for the first time in the consortium’s history.

Long-haul accounted for 46% of the consortium’s overall business between November and January, while short-haul made up 42%. Cruise accounted for 11% and domestic bookings 1%.

For last year as a whole, Hays IG member sales and profits were both up by almost 12%.

Hays added: “The web is transactional. If you want to book easyJet for a short-haul holiday, it can be really efficient. But there isn’t any emotion there. Whereas what we offer are experiences, and that’s what people want.”

“We’re seeing more long‑haul and cruise as an [overall] percentage [of bookings], and more personal service, both from the high street and in terms of homeworking.”

“These all offer tailored, personal service, often in the high-end, long‑haul, luxury market.”

Hays added: “Short-haul is still very important – the volumes we do with Jet2 are huge – but the growth is in these areas. I believe there is a boom in personal service.”

Hays Travel managing director John Hays said the group will continue to grow its consortium “as much as possible”, despite massive growth in its retail division following its acquisition of the Thomas Cook retail estate.

The IG business accounted for almost half of Hays Travel group’s overall turnover in the 12 months to October, with retail making up most of the other half.

The consortium has 112 members, spanning 150 retail shops and more than 300 homeworkers.

“We can definitely do both [retail and consortium] and we definitely want to grow IG,” Hays said.

But he added: “We have always focused on quality rather than quantity and want people with a real, viable business.”

Chair Irene Hays said Hays “stress‑tested” the business when it was considering taking over some or all of the Thomas Cook stores to ensure it would not impact IG members.

John Hays said demand for its in-house dynamic packing system HTOL, which is used by both retail staff and IG members, had gone up “significantly”.

Combined with recent events such as coronavirus, this had caused “unnecessarily long queueing times” for members, which Hays said the company was addressing.

Hays Travel retail staff have been issued with new tax-free reward cards which can be spent anywhere.

The Smile debit cards, operated by Mastercard, mean all 3,000 shop workers now receive incentive payments a day after a booking is made.

Previously, incentive rewards were issued the following month and were tax deductable.

Hays staff receive between £5-£10 per person on bookings made on Hays’ dynamic packaging platform, HTOL.

The new scheme was rolled out in February. Managing director John Hays said: “The card can be used anywhere – the staff are loving it and the feedback has been brilliant.”

More than 3,000 people have applied for Hays Travel’s apprenticeship scheme.

The travel group advertised for 700 places last month and said it had already received 3,024 applications.

A total of 650 places are available across its retail network and 50 spots in its head office in Sunderland. Last year, Hays took on 177 apprentices.

Chair Irene Hays said the business could decide to take on more than 700 apprentices if it “got a good intake”.

Hays Travel has run an apprenticeship scheme for 38 years, with a number of senior staff having started out with the business this way.