Ask the right questions and you could still seal the deal, says Colin Burns, branch manager of Hays Travel in Washington, Tyne & Wear.

“So how does that holiday sound then?”

That was my customer’s excuse for not committing to booking the “perfect” holiday I had spent more than an hour finding for them.

When I asked how long the beef had been in the oven, the customer said “four hours”. It was only after I pointed out it was probably already burnt that they admitted the real reason was that they could not pay their deposit until next week.

We often get customers making up excuses for not wanting to book.

Mary recently found a fantastic cruise for customers and the lady was really keen to get it booked, but her husband was stalling.

“What’s putting you off?” Mary asked, to which the customer replied he was really worried that there were not enough lifeboats for all the passengers.

“It’s amazing the number of people who ask you to look at a holiday, only to tell you they can’t pay for it until the end of the month.”

“You’ve been watching Titanic again, haven’t you?” scolded the wife. Mary set off to check the lifeboat capacity of Oasis of the Seas (18 lifeboats, each with space for 370 passengers, in case you were wondering), but the wife admitted that she had bullied him into looking at a cruise – and they ended up booking two weeks in Malta instead.

It’s amazing the number of people who ask you to look at a holiday, only to tell you they can’t pay for it until the end of the month. Can you imagine going to the supermarket, filling your trolley, putting it through the checkout, then saying to the cashier ‘can you just hold that for me and I’ll come back for it next week when I get paid’?

As sales people, it’s hard sometimes to spot the difference between a reason for not being able to book now and an excuse to get out of your shop. The truth is, a lot of the time it is an excuse and they are going to see if they can get that same “perfect” holiday cheaper somewhere else.

I tell my lot to be bold and find out specific information from customers – to ask them about their ‘must-haves’, where they’ve been before and what they like to do. The key is to learn as much as possible, so you can refer back to it when closing the sale. If the customer is hesitant, just ask them ‘what is it you’re not sure about?’ Their answer could help you find alternatives.

“The truth is, a lot of the time it is an excuse and they are going to see if they can get that same “perfect” holiday cheaper somewhere else.”

We had a good example of this at the weekend with a couple looking for the Canaries in a good hotel. After several searches, we made them an offer and the guy said ‘OK, we’ll go away and think about it’. After asking him what it was that he needed to think about, he said he didn’t like the beach. So, another quick search, a switch to another island, adult-only on a sandy beach – and he booked.

You work hard and spend time helping these customers: the least you deserve is to be sure that their reason for not booking straight away is genuine and not just an excuse to escape your clutches. 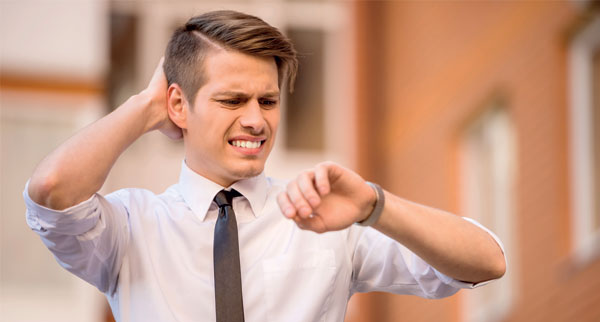 His excuse was the pits
Excuses are not exclusive to customers. Staff can be pretty inventive too! Dane was in trouble about his timekeeping and had turned up late for work again.

“It wasn’t my fault” he pleaded. “I was driving past the Wearmouth Colliery site and the brass band were marching along the main road holding up all the traffic and I got stuck!”

Hmm, at 8.30 in the morning on a Wednesday – 10 years after the colliery closed down? How likely is that?

Dane swears its true. I’d like to know what you all think!

PM postpones lockdown easing but ‘no plans’ to extend furlough

More than half of independent travel agents fear for future