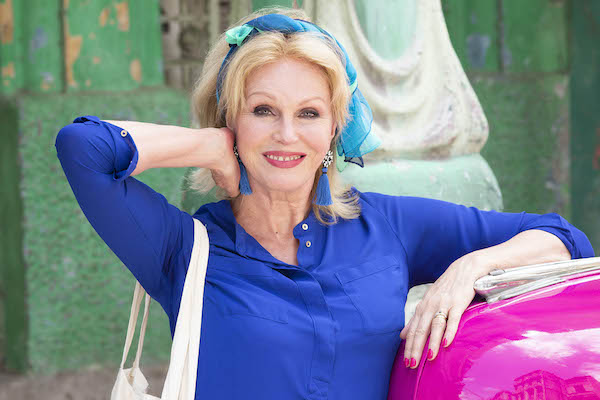 The episode featured the lively back streets of Havana, a cabaret show, a traditional cigar factory and an exclusive beach resort.

Emma Grimster, travel commentator at TravelSupermarket, said: “Cuba, without a doubt, films extremely well, and clearly added some much welcome sunshine to viewers’ living rooms on a chilly March evening.

“Cuba has an ideal blend of beaches and relaxation, alongside a rich culture to explore. The best time to visit the island is between December and May, avoiding the wet season starting in June and hurricane season later in the year.”

Lumley has presented travel shows from countries as far apart as Norway, China and Japan, and the ‘Joanna Lumley’ effect is credited with boosting interest in many destinations.

The last episode of the two-part series airs next Saturday at 7pm, exploring the country’s natural riches and wildlife.