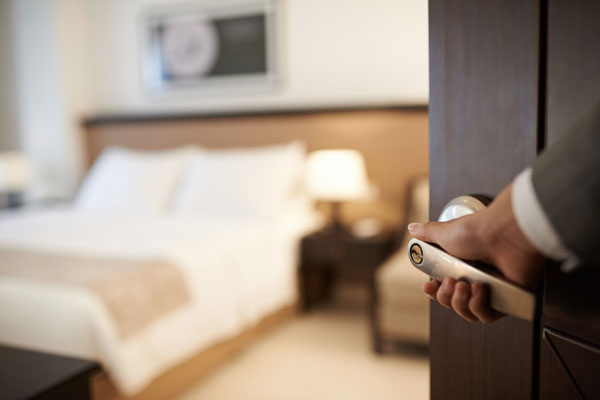 A leading economist has forecast a ‘V-shape’ recovery from the recession caused by the Covid-19 lockdown, but dismissed suggestions of a post-crisis boom for the hospitality and travel sectors.

Roger Bootle, chairman of London-based Capital Economics, told a Hospitality Tomorrow online conference: “The best we can hope is that we get back to where we were.”

He expressed optimism about the UK’s ability to manage the debt resulting from measures to support business and households during the crisis, but he forecast: “The EU won’t emerge unscathed.”

He said: “No one knows how soon there will be a recovery. This is completely unprecedented. But the belief is we will see a sharp recovery once we’re past the peak.

“There has been a dramatic drop in GDP – the worst economic performance in a short period since the Great Depression. But we’ll get a sharp recovery – a V-shape recovery.

“What happens after that? Some people think it will be an awful lot better than it was. I don’t believe that. The best is that we get back to where we were.”

Bootle argued: “We’ve seen a massive increase in debt. How do we deal with it? Some argue slashing public expenditure and raising taxes would be a good thing [or] inflation would be good. I don’t.

“We should put up with the debt and try to get growth up, and I think that is what will happen in the UK.”

He said consumer spending would inevitably be weaker, noting: “Some people are in desperate straits and there is bound to be a lingering effect.

“When the restrictions come off I anticipate a great surge in demand for hospitality and travel. But that will not be sustained because people have suffered a big dent to their finances.

“It could lead to a second downturn and to disappointment for the sector. But after that we should see demand return in the medium term.”

However, Bootle suggested: “There is a big question mark over business travel.

“People have learned to have virtual meetings. There is a possibility that business travellers won’t go back to travelling.”

Bootle insisted: “I’m relatively optimistic that the UK and US will do OK and manage their debt levels, largely because of their debt markets.

“[But] people’s attitude to China in the West will not be the same again. This will accelerate the momentum against globalisation and trade links with China.

“Globalisation was being questioned before. This could accelerate that trend.

“There will be major effects in Europe. This crisis has not shown the EU to advantage.

“Borders were closed. Germany closed its borders to the export of medical equipment. The EU was able to do nothing.

“People looked to their national governments. Italy is a particular case. The blow to the Italian economy will be huge. It will increase the strains in the euro zone and on the EU.

“It could increase the bonds of solidarity, but it’s more likely that Italy will leave the euro zone and maybe even the EU. The EU won’t emerge unscathed.”

Bootle also warned of a backlash against business and markets, saying: “When all this is over are we going to go back to the division of governments and markets we had before? I suspect not.

“I’m afraid we are going to see a public reaction against the private sector, against dividends and remuneration. I hope governments are going to resist this mood.”

He added: “It’s possible we don’t get over the virus, that it does not go away or it comes back. If that happens, the economic environment will be very different.”

However, Bootle insisted: “The damage to the world economy has come from the lockdown to deal with the virus, not from the virus itself – from shutting down the economy.

“We have lost no physical capital. I’ve talked of a ‘relief rebound’. I’m sure there will be a massive celebration and after that a hangover.

“We’ll have bigger debts and fewer assets and that will constrain spending. But also the question ‘is this safe?’ will be there for a time.”