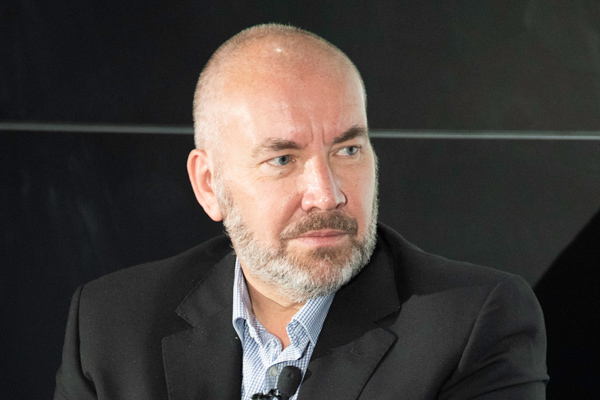 Rowland was asked to comment on a statement by Trading Standards which said the current unprecedented circumstances mean normal legal remedies and enforcement are “not appropriate at this time”.

“What we’ve got to be careful of is not to add another wave of complexity with the Competition and Markets Authority looking into the process of refunds.

“It’s really unhelpful that the government sees the tourism industry as one thing. Up until this point the tour operators and travel agencies have operated within the guidance set out by Abta and Atol.

“We’ve never seen a position whereby airlines don’t operate to their EU rules, and because that’s not happening, and because the CAA aren’t enforcing it, then for government to bring in the CMA as another layer of complexity is really unhelpful.

“From the consumers’ perspective, practically, this is about what is the quickest way to give a customer a refund through the process.”

He added: “That isn’t consumers going to the small claims court, that would just take too long, it probably isn’t government directly paying the refund either, because that will take too long as well.

“It’s just some compliance, top down, to allow the organisers to process the refunds not to be unreasonably witheld.

“So, if that starts to happen now the original date of July 31 for refunds would probably happen for a large amount of the cancellations for holidays that aren’t going to be performed through through March and April. But that’s where it has to start with no other layers of complexity added.”

Rory Boland, travel editor for consumer association Which?, said there were signs that some firms were starting to organise refunds and that was in part due to the pressure it has put on them.

And he made a distinction between large tour operators and small firms, and those who can pay but won’t and this that simply won’t pay.

“Our focus has really been on the large tour operators and large airlines, and I think some of that pressure probably has told on them.

“A couple of weeks ago we all felt that, perhaps, a change was coming to the PTR [Package Travel Regulations] and we were certainly worried about it, which is why we acted.

“That seems unlikely now, and the CMA are now involved. So the signs are that there won’t be a change in PTRs and I’m sure that has had an effect as well.

“I’m not going to get into naming names, but there are some tour operators that do have the cash, but are unwilling to pay it back. And those are some of the worst examples.

“I think it’s important that consumers know there is huge sympathy for the travel industry and there are some tour operators that genuinely just need a bit of time to get the money back from suppliers.”

Rowland said he believed that there has been movement recently from firms paying refunds and that more companies were falling into line.

He said: “I do support Rory’s efforts in pointing out the difference between can’t and won’t pay. And there is movement. More people are falling into line and there is evidence of that.

“But the last thing we want is one person at the end of one phone processing the refunds at a large airline because there’s 10 years’ worth of refunds there.

“So, it’s got to be proportionate and there’s got to be a distinction between those people that want to refund and are offering a sensible process to get there and those people who still today are saying, we are not refunding under any circumstances.

“That does need to be called out and Which? is in a very strong position in terms of in terms of doing that.”

Rowland added that many of the smaller operators offering refund credit notes are actually taking a risk by standing behind part of the package over which they have no control.

“Those smaller organisers, including ourselves at Abta, are taking a risk as we’re guaranteeing the refund on full Atol sales without knowing what the airline is doing.

“And so we are taking a risk of all of that value knowing that in the end people will be made to do the right thing over a period of time. We just hope that that’s timely because it needs to be.”