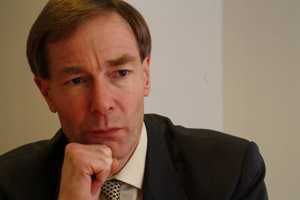 There are times when warnings about the future are best delivered in a calm, business-like manner.

It might have seemed an odd time to sound alarm bells: cruise is enjoying a period of unprecedented expansion that has seen the UK market average 9% growth, with cruising from UK ports performing particularly well.

But, with growth slowing to 6% this year and with no significant additional capacity for the UK in the pipleine, Dingle had clearly decided it was time for a shot across the boughs.

Signs of what he told delegates gathered in the De Vere Grand Harbour, just across the car park from the shiny new Carnival UK headquarters in Southampton, have been there for all to see.

Undoubtedly the recent commission cut by Carnival UK to 5% was designed to give the UK market a kick up the backside.

But Dingle’s decision two years ago to move entry-level line Ocean Village’s two ships to the fast-growing Australian market ought to serve as an even greater warning.

What that move said, and what Dingle wanted his audience last week to grasp, was that cruise lines are able and are certainly prepared to move assets around the globe to maximise their returns.

In his role with the European Cruise Council he’s often said the same thing with reference to the taxes, legislation and regulation cruise lines must contend with in the regions in which they operate.

But the same is true when it comes to the sheer business logic of running a cruise line, and the threat to the UK is that decisions about future deployment are not taken here, but in the US.

We may talk about a proud maritime heritage and boast two lines – P&O Cruises and Cunard – that have Britain at the very heart of their DNA, but that will count for nothing when cruise corporation bosses report their results to the shareholders and markets.

In the final analysis it all comes down to price. If the UK can’t deliver the prices, and therefore the margins, that cruise bosses demand, assets will be moved to markets which can.

While this may not be likely today as the world struggles to emerge from the latest global economic shock there’s no doubt some markets outside of the UK, although small, are growing fast.

To put it in some perspective, if China had cruise penetration levels the same as in the US the entire global fleet of cruise ships would have to be built again to meet that demand.

Earlier on during Columbus Day delegates heard from another Carnival boss, this time based in the US, Princess Cruises executive vice-president customer service, sales and marketing Jan Swartz.

Without drawing any firm conclusions about future trends, she contrasted the UK and US travel trades and the markets in which they operate.

One feature that emerged clearly is the potential for cruise in the UK to reach a mainstream audience, something that is essential if we are going to see prices driven up on the back of demand.

Compared to the US we have more high street stores, more advertising in national newspapers, more generalists selling cruise and a less fragmented travel agency sector.

All this adds up, you might conclude, to the perfect conditions for cruise to win over those traditionally hard-to-reach non-cruising holidaymakers.

The cruise operators who currently see their product being significantly undersold in terms of price certainly hope so.

While the US market, in raw numbers, still dwarfs the UK’s, penetration of cruise is still only 3.1%, while the UK sits at 2.4%.

But shouldn’t penetration in the UK be greater than in the US, given Brits’ greater propensity to travel and deeper connection with cruising – still an aspirational holiday for many?

The dilemma for operators such as Carnival UK is how to make today’s business pay better while encouraging travel agency partners to drive growth for tomorrow.

One leading agent at last week’s convention said he feared the move to 5% commission coupled with a freeze on capacity suggested lines already believe the UK market has topped out.

Lines deny such a calculation has been made and, just as Dingle said last week, the challenge for the UK is that the most profitable markets will be rewarded with dedicated product.