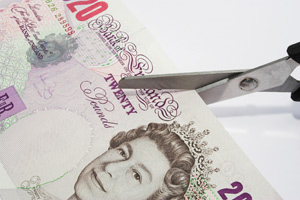 The boss of Hapag-Lloyd Cruises has called on agents to “get savvy” and stop using commission to fund discounts.

But the German luxury line’s managing director Sebastian Ahrens made it clear that he would “definitely not” follow Carnival UK in cutting commission to 5%, saying he would not interfere with the way agents run their businesses.

Speaking in London while outlining plans for the long-term charter of a new-build ship from 2013 and the lease of Oceania Cruises’ Insignia from next year, he indicated that the Tui Group-owned company was looking to raise its profile in the UK.

Although Hapag-Lloyd is still seen as a niche offering in the top end and expedition cruise sectors, more independent agents are being encouraged to consider selling it.

Targeting “highly affluent” travellers, the average commission for a couple taking a 12/13-night cruise works out at around 1,450 euros.

Urging agents to focus on better relationship management with their clients rather than discounting, Ahrens said: “I have a simple view on this – if a travel agent hands back money to the client in order to attract the booking, it is basically like burning the chair he or she is sitting on.

“If you want to give something back to your client you should think about keeping the backhand commission and invest in intelligent loyalty management like any other trade would do.

“They [agents] should be more savvy about how to attract and retain clients rather than hand back money.

“Part of the problem is that they are scared to talk to clients about money. Ultimately what happens is that the client will squeeze you to the point where you are not making any more money which is not a sustainable competitive position.”

But he added: “It’s their business, they know how to run it and if they want to run it into the ground, I can’t stop them.”

Hapag-Lloyd has a “simple” commission structure starting at around 10%, growing on a volume-based ladder with group bookings attracting higher levels of “super commission”.

He insisted that Hapag-Lloyd sticks to brochure prices on sales for cruises on its four ships and avoids discounting “with very few exceptions”.