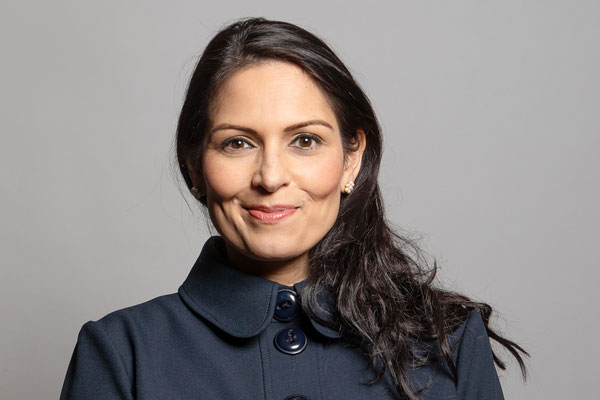 Leaders of more than 70 UK travel and hospitality businesses have urged home secretary Priti Patel to drop plans for 14-day quarantine restrictions on arrivals to the UK.

The travel and hospitality chiefs wrote to her today urging she abandon the restrictions, saying: “There is a glimmer of hope that some summer business might be salvaged. The last thing the industry needs is a mandatory quarantine.”

The government confirmed details of the quarantine restrictions, to apply to overseas visitors and travellers returning to the UK from June 8, at the end of last week.

The letter points out: “Many people urged the government to impose quarantine regulations during the early phases of Covid-19.

“Instead, no action was taken . . . Covid-19 is now under control . . . However, the economic cost of the government’s action is yet to be seen, apart from early indicators which paint a grim picture.”

Announcing the restrictions, the home secretary justified their timing saying: “Arrivals to the UK have been down by 99%. Now we’re past the peak [of Covid-19 infection] we must take this action as the number of travellers increases because these could become a high proportion of infections in the UK.

“It’s different to when the domestic outbreak was at a peak and international travel was at an all-time low.”

The industry leaders wrote: “The UK travel industry is currently severely challenged . . . The government has been woefully slow to react and procrastinated to the point of absurdity in terms of providing support for or ruling against the concept of Refund Credit Notes.

“The last thing the travel industry needs is a mandatory quarantine imposed on all arriving passengers which will deter foreign visitors from coming here, deter UK visitors from travelling abroad and . . . cause other countries to impose reciprocal quarantine requirements on British visitors.”

The letter adds: “The people of this country do not wish to be prevented from travelling . . . it is time to switch the emphasis to economic recovery before it is too late.

“We urge the Home Secretary to abandon the concept of mandatory quarantine.”

The industry chiefs’ letter commends “the plan for ‘air bridges’ between the UK and countries where there is a low rate of Covid-19”, suggesting the government “has dismissed this plan without due consultation”.

In fact, aviation minister Kelly Tolhurst confirmed the Department for Transport (DfT) is considering the establishment of air bridges or ‘travel corridors’ when she appeared before the Transport Select Committee last week, and transport secretary Grant Shapps did the same in separate remarks to MPs earlier in the week.

DfT aviation director Rannia Leontaridi told the same committee: “We have a number of interested parties working with us looking at the concept of air bridges.”

Prime minister Boris Johnson, appearing before the Commons Liaison Committe on Wednesday, indicated that ‘air bridges’ with other countries could be agreed if the UK makes progress in reducing the Covid-19 infection rate.

Dale Keller, chief executive of the UK Board of Airline Representatives (BAR-UK), told Travel Weekly: “Air corridors are what the industry wants [and] the industry is closely engaged with the government on this.”

A Home Office spokesperson said: “As the world begins to emerge from what we hope is the worst of the coronavirus pandemic, we must look to the future and protect the British public by reducing the risk of cases crossing our border.

“We continue to support businesses in the tourism sector through one of the most generous economic packages provided anywhere in the world. However, it is right that we introduce these new measures now to keep the transmission rate down and prevent a devastating second wave.”