From hypnotherapy to supermarket shelf-stacking, Juliet Dennis and Ben Ireland find out how four members of the industry have ventured into new fields during the virus crisis.

Not Just Travel franchisee Sarah Watts has teamed up with a hypnotist to give her customers “escapism from everyday life” while travel restrictions remain in place.

The agent, based in Pewsey, Wiltshire, has linked up with clinical hypnotherapist Helen Breward from Royal Wootton Bassett to offer five free downloadable hypnotic tracks “to transport people to their favourite destination from the comfort of their own armchair”.

She said: “It’s incredibly tough to not be able to have that holiday that you’ve saved for, planned for and dreamt of taking. We wanted to provide a holiday experience that everyone can enjoy even in lockdown.

“The entire holiday booking process  is essential to us. It is escapism from everyday life.”

“Holidays play such a large part of our lives. They provide a well-earned reward for working hard and mean spending time with loved ones while making memories. Having something to look forward to has a significant effect on mental health and wellbeing. The entire booking process – from the initial excitement of discussing the holiday, to preparing, packing and enjoying and then reliving the holiday – is essential to us. It is escapism from everyday life.

“I don’t want my customers to miss out so I’ve teamed up with Helen to enable people to travel using the power of their imagination.

“It really is a powerful experience.” 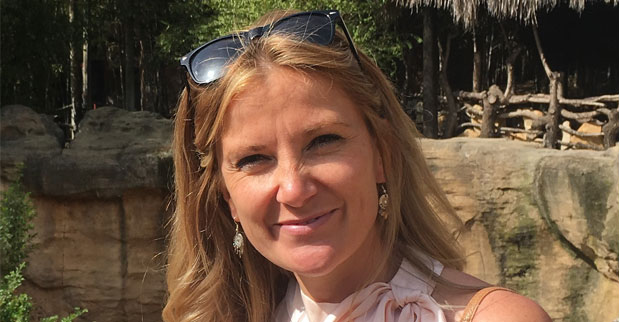 Part-time contractor Kate Mpofu decided to start her own business after work dried up at the start of the pandemic.

Mpofu has worked for Prestige Holidays for the past three-and-a-half years on a freelance basis. Having moved to Spain with her husband and young daughter, it was a job she could do remotely. It included checking and uploading hotel contracts and special offers to the operator’s reservation system and website. But when travel firms began to feel the impact of the downturn caused by Covid-19, Prestige could no longer keep her on and she was forced to rethink her future.

“I was miserable for a day or two, thinking ‘what am I going to do?’, but I realised I had been doing something valuable and perhaps other companies might be interested.”

“It was all very amicable. They do want me back but couldn’t afford to pay me, and the furlough scheme doesn’t apply to me as I wasn’t an employee,” said Mpofu. “I was miserable for a day or two, thinking ‘what am I going to do?’, but I realised I had been doing something valuable and perhaps other companies might be interested.”

Her new venture is called KM Product Travel Management and she hopes travel companies will tap her skills by outsourcing contracting projects to her instead of taking on employee costs.

Mpofu, who started her career as a Lunn Poly modern apprentice and went on to work for operators including Carrier and Gold Medal, said: “As soon as contracts come in, they need to be checked for rate increases. Everything needs to be re-uploaded and contracts filed.”

She hopes her new venture comes at the right time for operators. “They should definitely have contracts coming in for 2021 now,” she added. 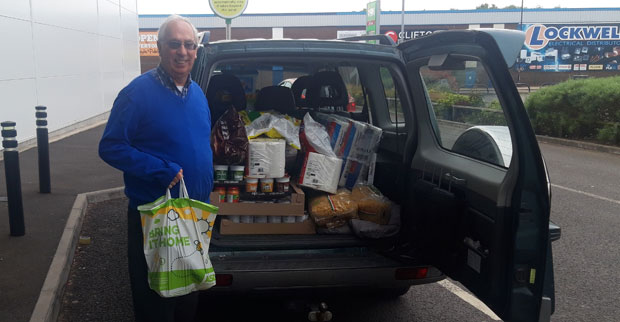 Ken Garrity, owner of Ken Garrity Travel in Altrincham, has been fundraising for local food banks in Cheshire.

He said the Forget Me Not Trust and Tree of Life Centre had “literally run out of food” when they contacted him for help.

Garrity rallied fellow members of Altrincham Rotary Club, which offered £500 to support the causes from money it had raised in its Christmas appeal – on the agreement that he would match the funding with other donations.

“I love helping people in the community… You get a lot from giving back.”

Garrity set about asking local supermarkets. He received a £50 voucher from one, and then discovered a client of his was manager of another. She provided a trolley-full of food worth £100 and a third supermarket offered £333 from its monthly charity account. With further donations from neighbours and fellow Rotarians, Garrity surpassed the £500 target, raising £650 worth of food, and has more than £300 pledged from another supermarket.

“We topped up the food bank and they were delighted,” he said. “Now I have to try and keep this up.”

Garrity’s success has seen him approached by another food bank, run through a church in nearby Timperley, which was seeking donations to be used for cleaning equipment and pet food as well as food.

“I love helping people in the community,” he said. “You get a lot from giving back. I use the mornings to keep on top of my rebookings – and we’re getting a few for next year too – which gives me the afternoons to help.” 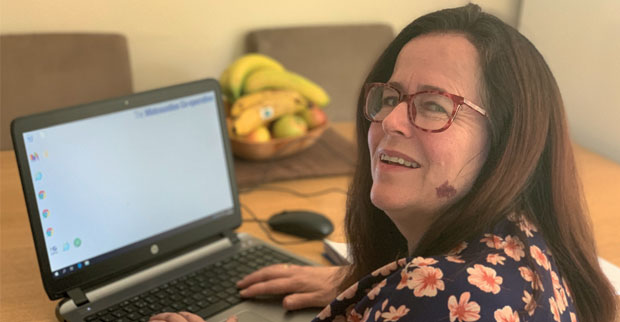 Amanda Martin loves her job as a travel agent but didn’t think twice about working in her local Co-operative supermarket when her branch shut during the lockdown.

The assistant manager of Co-operative Travel’s Finchfield branch in Wolverhampton was given the choice to work at a Midcounties Co-operative food store or virtual call centre or be furloughed.

Without a spare laptop, she chose to work in The Co-operative Food Store in Oxley.

“It was totally different to what I normally do but I really enjoyed it.”

“I’d have gone stir-crazy at home,” said Martin, who spent the first three weeks of the lockdown stacking supermarket shelves, working on the till and cleaning down the store. “It was totally different to what I normally do but I really enjoyed it. It opened my eyes as to how much there is to do at a supermarket. It’s a different sort of customer service.“

It was also physically tiring. “My partner had to buy a foot spa so I could rest my feet,” she joked.

Within days, Martin was given the responsibility of shutting the shop at 8pm. In fact, she impressed the managers so much they wanted to keep her on. “I said no, as I love my job in travel,” said Martin.

Since then, she has been working for the travel group’s virtual call centre from home and says she “can’t wait” to get back in branch by the summer.

Costsaver expands into Australia and New Zealand for 2022