Older travellers do not feel deterred from taking holidays once travel restrictions are lifted, and have money to spend, according to new insights gleaned from a survey of Aito members’ customers.

The Specialist Travel Association’s members polled customers in the first of a series of Aito Travel Tracker surveys which will show the changing perceptions of travel over the coming months.

Data from the survey, carried out by Spike Insights on behalf of Aito, found that 75% of respondents believed travel within the UK will restart in the next three months; 78% think short-haul European travel will resume within six months and 71% that long-haul trips can take place in the next nine months.

Popular countries to return to were European short-haul destinations such as Spain, Portugal, France, Greece and Italy, or as Barker explained: “Places [customers] have been in the past.” 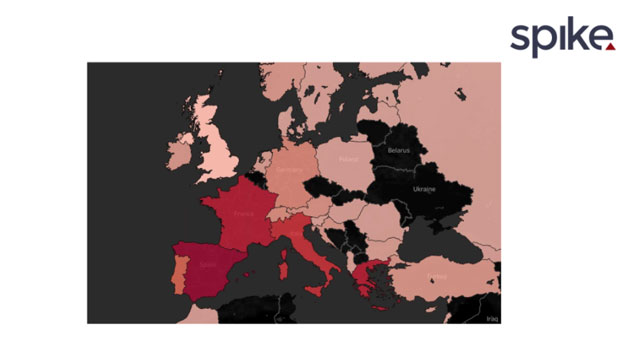 He added: “There’s no surprise that people are taking baby steps with short-haul first.”

In terms of pricing, the survey found 80% of people believe price rises of 20% to cover the cost of social distancing on businesses would be too expensive on a UK holiday, 70% believe a 20% hike is too much for a short-haul European break and 69% think a 20% rise is too much of a rise for a long-haul holiday. But Barker noted: “That still says there’s some people who will accept large price rises”.

Data suggested that luxury holidays would be less hard hit than cheap holidays, with a graph presented to show a “significant” drop in interest for cheap holidays and a “minor” drop in interest for luxury breaks. Barker said: “People that want luxury holidays are in a more resilient financial position. Cheap, multiple, short is not where the market is going to be in the short to medium term.” 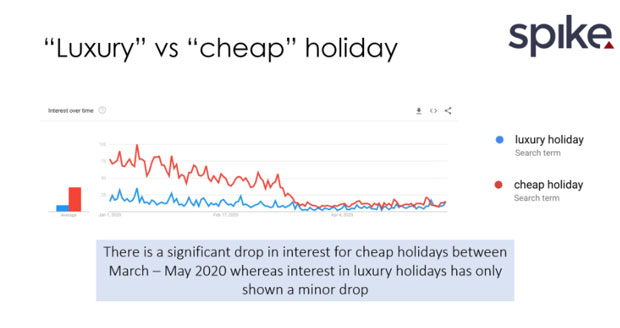 A majority of respondents (60%) said they typically travel as a couple, 14% with immediate family, 10% alone, 7% on a group tour, 6% with a friend or friends and 2% with extended family.