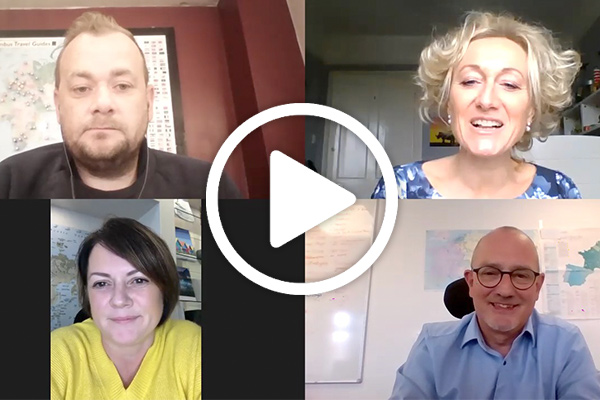 Travel agents believe they are “at the bottom of the food chain” in the refund process and have accused some suppliers of “killing their business” by withholding payments and failing to communicate.

Speaking on a Travel Weekly Webcast, Rob Kenton, managing director of Triangle Travel, said the actions of some tour operators were making him look like a “liar” and resulting in him losing customers for good.

“When you can’t speak to the tour operator to get an actual date when the refund is going to come down, you’re telling the client that you’re still chasing, but they don’t believe you.

“They think you’re sat on the money and I’m losing clients because of that. I lost one today, who does not believe that I’m not sat on the money. And they are saying ‘Once I got my money back, you won’t get my business ever again’.”

Kenton added: “We’re at the bottom of the food chain as agents and the people that are controlling it at the top, are the ones that are killing my business.”

Phil Nuttall, chief executive of The Travel Village Group, added: “The trade has always been there for kicking in the media, and it’s all very well having people like [travel editor of the Independent] Simon Calder and people like that on TV.

“But we’ve not been given a chance to put our side forward and get people to try to understand it from our perspective….the fact that we are in the hands of the tour operators in many, many cases.”

Helen Dooley of More Travel said the situation was “terribly frustrating” and confirmed she had reported some operators to Abta for breaking its code of conduct.

“On the whole, everyone’s been amazing, but we’ve still got some tour operators causing us problems and just completely ignoring us,” she said.

“They are just not even interested in having the conversation and won’t even reply to emails.”

She added: “We’ve got customers on the one hand waiting for the refund and tour operators that we’ve had lovely partnerships with up until now, that are just not processing anything – and not even giving you a reason or even trying to come up with some kind of compromise.

“There’s no excuse for ignoring phone calls and emails. It’s so unprofessional. I dare say everyone will have one or two tour operators that are in that space, who just aren’t being helpful at all.”

Asked if she would be working with different suppliers in the future, Dooley said: “There are some suppliers who have been just phenomenal to work with and I’m fairly sure for all of us moving on after this will be redirecting our business in those directions.”