Travel agents have enjoyed a “positive” first day back on the high street for the first time since the UK lockdown was imposed.

Agents reported a steady stream of visitors returning to their high-street shops on the first day non-essential retailers were allowed to open in England.

Most opened using appointment-only systems but said they had also had walk-in customers.

Idle Travel director Tony Mann, who has two out of six consultants back working in the branch, based in a shopping mall in Bradford, said: “Business into the shop has been steady, the phones have been busy, and we have taken appointments for new bookings.

“It’s been positive and it’s nice to see customers coming in. I think people are ready. We have seen a pick up in regular bookings over the last two to three weeks.”

He added: “This morning I got up with a skip and a jump. It’s like a breath of fresh air to get back to some sort of normality.”

Emma Kayne, owner of Kayne Travel in the village of Wath-Upon-Dearne in Rotherham, south Yorkshire, said the first morning back had exceeded expectations, with new enquiries as well as appointments and requests for brochures.

She said: “We thought it would be quite quiet in the shop today. We have not had queues but we have had quite a few people making enquiries in the shop and on the phone.

“We have had pre-booked appointments but also people coming in. We’ve  managed to see them between appointments; it just means sanitising the desks more. We’ve been putting on gloves and giving out brochures in bags.”

She added: “I have brought my two other staff back in and judging by today I made the right decision. It’s amazing to get back to some kind of normality.” 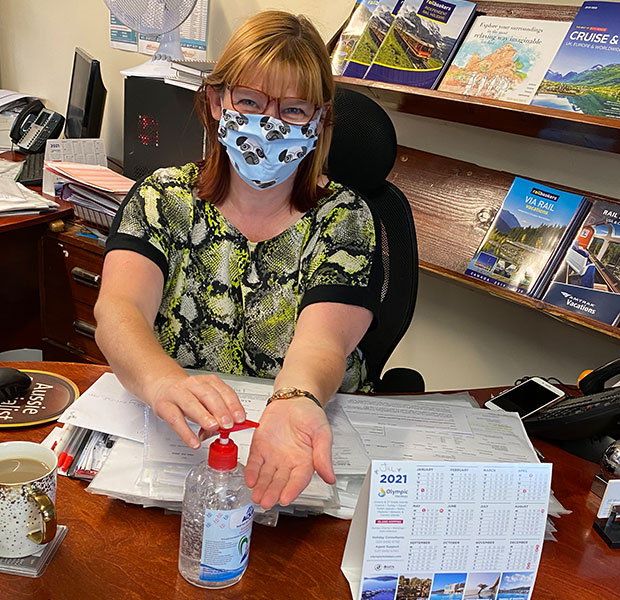 Jill Waite, director of Pole Travel in Failsworth, Manchester, said: “I think people want the reassurance of seeing we are open and we are not going anywhere. We have had a few people in, it’s been as I expected.  One was even asking about holidays for 2022!”