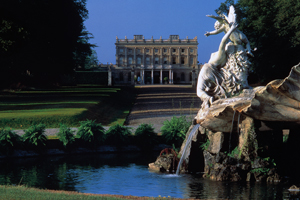 More than 200 enquiries are reported to have been received about the Von Essen Hotels property portfolio after the company fell into administration in April.

Property agent Christie & Co has set a deadline of July 12 for all bids for the portfolio of 26 UK hotels, one in France and Thorn Island Fort, a Grade II-listed Napoleonic fort on an island off the Pembrokeshire coast.

The group is priced at over £200 million, with individual hotels on sale for up to £35m – the price of Cliveden in Berkshire.

Christie & Co, acting on behalf of administrators Ernst & Young, will not reveal any of the prospective bidders, but caterersearch.com reports that the group has received inquiries “well in excess of the 200 inquiries confirmed four weeks ago”.

Previous reports about the hotel chain’s affairs claimed the founder Andrew Davis had over-estimated the value of the group’s assets, earnings and profits. The operator had £300 million of debt when it collapsed but the properties are thought to be worth around £200 million in total.