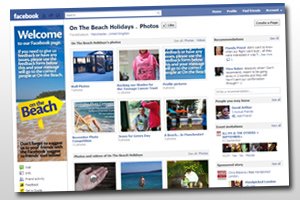 On The Beach has hailed the results of a social-media marketing trial which suggests travel firms can boost sales through adverts on Facebook.

Digital-marketing specialist I Spy, which developed the advertising-management software used in the trial, said it provided the best evidence to date that social media can boost sales.

On The Beach reported a “tenfold return on investment” using the software, called Upcast, for the Facebook campaign.

The retailer’s head of search, Conrad Edkins, said: “Using Upcast to analyse response rates, we were able to focus on campaigns targeting particular age groups and geographic locations where conversion was strong.”

Upcast allowed On the Beach to assess the value of an advert by looking beyond the last click before a sale.

Its campaign was optimised for the audience identified as most likely to respond to a Facebook advert – women aged 45-54.

“There are about six agencies worldwide doing this, including two in the UK. This is the first time anyone has seen this level of return.”

I Spy utilises Google ‘multi-channel funnels’ technology which can track and attribute sales to the first or assisting-clicks in a sales process.

Robb said: “Multi-channel funnel analysis is particularly important in travel. The average holidaymaker uses a variety of channels and tends to shop around over a period of time.”