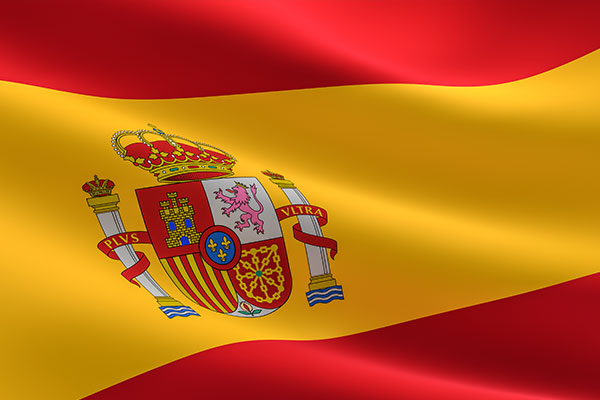 Spain has been omitted from the Scottish government’s list of countries from which travellers will be exempt from quarantine.

The country was left of the list of 57 countries from which Scots can return without having to self-isolate, from July 10.

Spanish islands in the Balearics and Canary Islands are also excluded from the list.

It follows the UK government’s announcement of a separate list for quarantine-exempt countries for England last week.

Another omission from the Scottish list is Serbia, but the 57 others on the England list are included.

First minister Nicola Sturgeon said leaving out the two countries was a “very difficult decision” to make, but that it was needed to “protect Scotland as far as possible from a resurgence of this virus in the weeks ahead”.

She warned Scots against seeking to “get around” the restrictions by travelling via English airports, insisting that the rules “are here for a reason”.

Sturgeon said the lower prevalence of the virus in Scotland meant its position was “a bit different to that of the UK as a whole” and that the decision to omit Spain and Serbia was “the best balance we can arrive at” for now.

She also urged Scots to have a staycation this summer rather than going on holiday abroad.

The Scottish Passenger Agents’ Association, which represents 120 travel agencies north of the border, welcomed the publication of the list but said the omission of Spain was “very disappointing” and urged Sturgeon to reconsider.

President Joanne Dooey said: “Spain is such a popular and accessible destination for Scottish travellers, and this is a huge blow to those who are keen to travel and to our members who have clients wanting to book now.”

She suggested travellers returning from islands home to destinations such as Majorca, Ibiza and Tenerife should have been allowed, adding: “The announcement would have been better for the travel industry if a regional approach had been taken to Spain rather than the blanket ban we’ve been given.”

Dooey said many Scottish holidaymakers would have booked from UK airports ahead of the announcements of the lists, and said there must be “consistency” if the industry is to recover from the coronavirus outbreak.

Dooey added that “there is a bigger picture to the exclusion of Spain from the list”. She said: “The travel industry depends on flight routes. Without a consistent flow of passengers, airlines and travel company may decide that it is not worth them having a flight route to and from Scotland.

“This is the height of the Scottish holiday season and once we lose flight routes, we are looking at significant loss of jobs and serious detriment to the Scottish economy. So, this is not just an immediate summer 2020 problem. Airlines and travel companies work well into the future and if there remains confusion about whether/when Spain is open to Scots without the requirement for quarantine, then we’re putting these future flights in jeopardy.”

Which? Travel editor Rory Boland said: “Retaining quarantine restrictions on these countries could lead to Scottish holidaymakers being left out of pocket. Those who have already booked package holidays from an English airport may not be able to claim a refund because the holiday will now go ahead.

“It’s important that those affected get an opportunity to rebook at a later date and don’t have to pay the price for England and Scotland having different quarantine lists.”

Overseas destinations where self-isolation requirements for those arriving in Scotland will be lifted on Friday are: