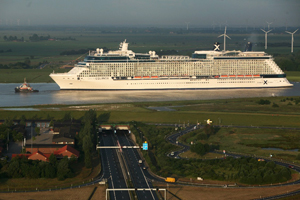 Celebrity Cruises plans to introduce a programme of flight options for customers in the UK who book one of its full pre-arranged packages.

The Choice Air programme will offer a range of carriers and ticket types and enable agents to add pre and post-cruise stays.

Choice Air, which has already been introduced in the US, is a similar concept to Flight Select, a system run by rival line Princess Cruises that went live last week.

International agents attending last week’s two-night naming ceremony of new ship Celebrity Silhouette in Hamburg heard how Choice Air would be a “strategic focus” for the Celebrity owner Royal Caribbean in the US in 2012.

The line’s UK office confirmed plans to offer it to UK agents. It said it hoped to start trialling Choice Air in October and to have it fully operational by January.