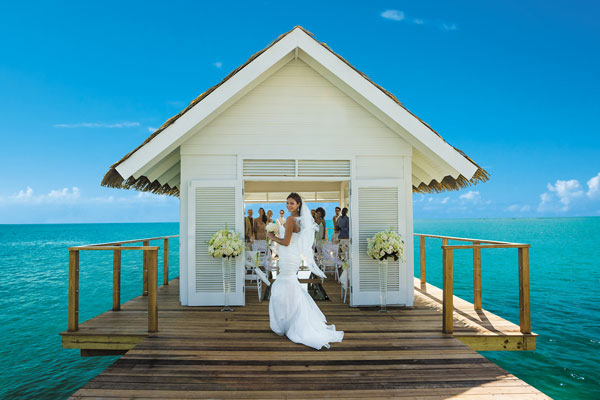 New enquiries to Kuoni for honeymoons hit their highest level since lockdown in the past week ahead of today’s lifting of UK travel restrictions and quarantine measures.

The operator has also received “thousands” of honeymoon searches online over the past few days.

More couples are asking about luxury ‘mini-moons’ this year, followed by a big long-haul trip in 2021 or 2022, with many hotels keen to attract couples with added-value upgrade offers.

The most popular destinations this year are Italy, Greece, Spain and UK and Ireland.

Top long-haul spots for next year are topped by perennial favourite The Maldives, followed by Sri Lanka, Mauritius, Kenya/Tanzania and South Africa.

Many couples are upgrading honeymoon plans for next year and the year after, with many saying that they will now have longer to save and are either extending their stay, with multiple centre destinations, upgrading their accommodation to luxury pool villas and adding experiences.

About 73,600 weddings and same-sex civil partnership ceremonies were postponed during lockdown, according to the Office for National Statistics.

Many thousands of honeymoon plans have also been thrown into disarray.

Kuoni has helped couples throughout the UK re-arrange honeymoon plans and cancelling trips over the past three months.

Chief executive Derek Jones said: “Weddings are now back on albeit in a smaller way for now – and so is the honeymoon as couples start to re-organise their special day.

“Alongside that we’re helping more and more couples each week plan what is essentially the most important holiday of their lifetime and the past week has shown a clear upswing in demand and a renewed confidence to go ahead and book.

“With smaller weddings of up to 30 possible in England this year, we’ve had couples come to us looking for a short escape this year to places including Spain, Italy and Greece, and deciding that they’ll do their ‘big trip’ later and make it bigger and better than ever.”