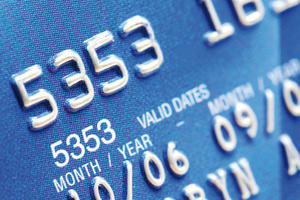 There has been no shortage of post-mortems following the collapse of Gill’s Cruise Centre in July. But few have highlighted one of the longer-term implications of the failure – one which could have a serious impact on all travel agents.

For some time, the UK’s leading cruise operator Carnival UK has openly wanted to see the UK trade move to a relationship in which customers pay with their own credit card.

This avoids the complication of extending potentially huge lines of credit to agents (Gill’s was thought to have owed lines £18 million) and is apparently commonplace in the US.

If replicated throughout the industry it would, at a stroke, eradicate the need for travel agents to be bonded to provide financial protection for the monies they hold on behalf of their operator partners.

However, there is likely to be significant resistance to this among the agent community, which, controversially, often relies on this cashflow of customer money to finance their businesses.

Carnival seems determined to push this through – it already insists on working with new trade partners in this manner – as it looks to ‘de-risk’ its business.

And why wouldn’t it? Gill’s collapse came just six years after Cruise Control failed, having grown to a similar size and having represented a similar financial risk to the cruise lines.

And while the operators are members of Abta, the trade association moved to cap payments to operator members in the event of an agent failure following the Cruise Control collapse.

So operators were left carrying the can after Gill’s went out of business, and while critics will say they should have exercised better credit control, it seems some lines would rather not offer any.

The practice of customers paying for travel product on their own card via the travel agent isn’t limited to cruise. It’s been a long-time feature of how many agents sell low-cost flights.

With no supplier agent agreement in place with these largely direct-sell brands, agents have had no choice but to operate in this manner, so for some the prospect won’t be a novelty.

But for the trade at large it would represent a huge shift. Julia Lo Bue-Said, Advantage Travel Centres leisure director, said: “This would be a fundamental change in how we operate.

“It really depends on the individual operator. As a consortium you want to be managing your risk if an operator fails. We are all trying to look at ways of mitigating risk.

“It’s not something that would be acceptable in the respect that it impacts on agents’ cashflow although there is an argument to say agents should not be using consumer cashflow. But that’s how many businesses trade.

“When I look at this coldly I would resist it because it’s not in our members’ interests, but do I understand the rationale from a Carnival UK point of view, of course I do.”

Bue-Said pointed out that the Carnival UK way effectively reverses the current situation with agents expected to extend credit to the operator.

This might be acceptable when dealing with a major multinational like Carnival but the truth of the matter is that most failures are of tour operators with less robust finances and not agents.

In the event of their failure agents waiting for their commission to be paid would end up standing in line with everyone else hoping, probably in vain, the administrator will pay out.

Giles Hawke, Carnival UK sales director, put the case for the operators: “As soon as an agent collects money we carry the risk.

“We need to get to a place where we do not have risk on pipeline monies from consumers. That money held is essentially unsecured interest-free bank loan.

“People are saying haven’t the cruise lines learned that letting people build up massive lines of credit is going to cause issues.

“Well we have learned and it has still happened but part of the work we are going to be doing in the future is making sure it can’t happen again.”