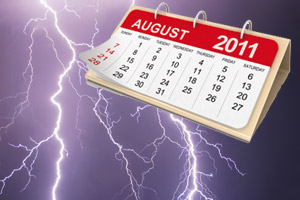 Concerns about the state of the market in the final weeks of peak season are backed by the latest figures from industry analyst GfK Ascent.

Short-haul sales remain 8% up for the season at the expense of medium and long-haul holidays, with Spain the big winner and Turkey and Egypt both down by more than 100,000 bookings on last summer.

GfK Ascent managing director Sarah Smalley said: “There isn’t a mass of excess capacity being sold off cheaply, but it appears prices are being cut.”

The decline to Turkey and Egypt shows no sign of stopping and is already carrying into next year with both destinations substantially down on early bookings for summer 2012. However, GfK Ascent reported this year’s pick-up to Spain, Greece and Cyprus has continued into 2012 amid a strong overall start to next summer.

Travel Weekly Group’s agent sales tool Gazetteers.com reported increased visitors and page views suggesting a pick-up in market activity. Visits were up year on year in 10 of the last 12 weeks to August 21.