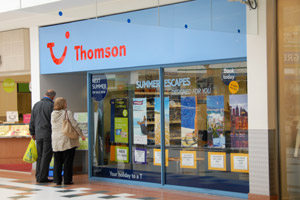 High street travel agents with a web presence have staged a fightback against their pure online rivals in the battle for summer business, new research shows.

Some of the top online players, including Expedia, lastminute.com, and Travelzoo, all lost market share of clicks in the three months to July. OTAs consistently outperform multi-channel agencies with a retail presence in terms of UK internet visits.

For example, there were twice as many visits to online-only agencies such as Expedia, lastminuite.com and On the Beach as there were to multi-channel outlets such as Thomson, Thomas Cook and First Choice in July.

“However, looking at the growth of visits over the last quarter, it was the multi-channel agencies that saw the greatest growth in visits, up 42% since April, whilst online only retailers grew by 35%,” the latest Experian Hitwise quarterly review into UK travel revealed.

“The online-only players pick up the largest amount of traffic but a lot of the growth this quarter came from the multi-channel travel agencies,” the report said.

There was also growth seen from less well-known niche travel sites as the major OTAs lost their share of clicks.

The Turkish resort of Dalaman broke into the top ten most popular destinations in the quarter and became nearly twice as popular as the next biggest Turkish resort, Bodrum.

The study showed a recovery by the Egyptian Red Sea resort of Sharm el Sheikh following the death of a German tourist in a shark attack and the political unrest in the country.

“This quarter, Egypt’s travel industry is yet to recover fully from the implications of these two major events, but the indications are that tourists want to return to Sharm el Sheikh,” the report said.

“In this quarter’s top five destinations list, Sharm was the fastest moving destinations, up 25 places from last quarter and ranking 39th overall.”

Budget carriers easyJet and Ryanair maintained their top positions but lost market share, with online airline visits more evenly spread among airlines including niche carriers. Virgin Atlantic suffered a second consecutive quarter of market share decline despite a rise in searches for US destinations in the three months.

P&O Cruises remained the top cruise website but suffered the biggest loss of market share of any site in the sector, while Royal Caribbean UK & Ireland dropped from third to fifth in the rankings. Cruisecritic.co.uk climbed from seventh to third place behind cruise.co.uk in second and above Iglu Cruise in fourth position.

Virgin Holidays Cruises was the third-fastest mover in the cruise rankings, making the website the seventh most popular overall ahead of Cruise Thomas Cook, Princess Cruises and CruiseDeals.co.uk.

Internet visits in the cruise category grew by more than a quarter (27%) over the previous three months with P&O Cruises accounting for more than 10% of the online market but year on year there was a slight decline in demand with visits down 3% over July last year.